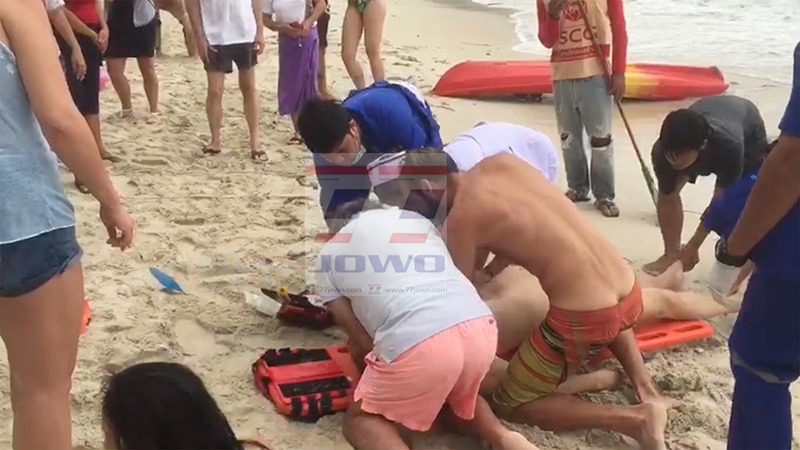 A dramatic rescue of a German tourist in Koh Phangan yesterday. The man remains in a coma.

77Jowo is reporting that a 47 year old German tourist on holiday with his family was in hospital in a coma after a dramatic rescue at Nai Han Yai beach on Koh Phangan yesterday afternoon.

Witnesses said that Heyros Jochen (name transliterated from Thai) had entered heavy seas at the beach where a red warning flag was flying.

Hotel staff and other tourists heard his cries for help and entered the sea to rescue him.

Medics from the Pangan branch of Bangkok – Koh Samui Hospital arrived and took him in to the hospital where he was reportedly in a coma.

77Jowo say they believe he suffered from cramp after fighting to stay afloat in the heavy seas.