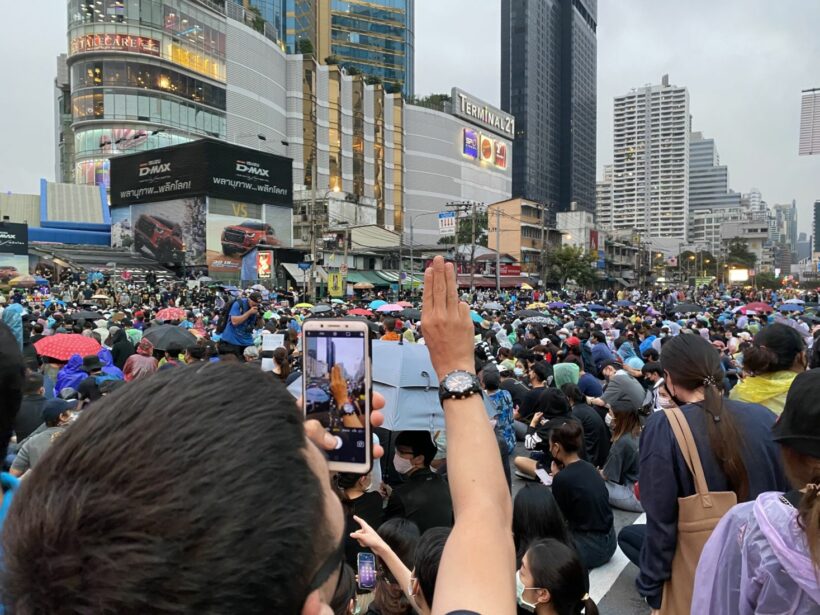 Covid-19 dominated headlines in 2020. Here’s the other major stories in Thailand this year as rated by the Thaiger editorial team. We’ve also prepared a story rating the Top 10 stories as ranked by you, counting the number of clicks on the stories. You can watch that HERE.

On February 8, a Royal Thai Army soldier shot and killed 30 people and injured 57 others. The gunman shot and killed his commander and other soldiers at the Surathampithak army camp in the Isaan province Nakhon Ratchasima. The gunman, Jakrapanth Thomma, then made his way to Korat’s Terminal 21 shopping mall, firing shots at civilians. The gunman was eventually shot dead the next morning by members of a special forces division.

The motive of the killing is believed to have started with an argument between Jakrapanth and his base commander over paid commissions on a housing project. He also shot his commander.

Thai Airways filed for bankruptcy protection in May, but not only is the national airline tackling 300 billion baht in losses, 20 people are suspected of corruption and mismanagement that led to massive losses. A long list of commissions and investigations continues into the national airline disgrace.

The airline’s decision to buy 10 Airbus A340 aircraft for 100 billion baht in 2005 was catastrophic, and started a slow descent into accumulated losses. With the increase in maintenance costs, the airline lost money on all 10 airplanes. All but 1 of them have been decommissioned. A report this year stated that the airline lost money on every single flight the 4-engined 2-aisle jets took.

The pandemic-induced travel restrictions only made matters worse. With no planes in the air, Thai Airways started business pop-ups on the ground. They opened a cafe at their Bangkok headquarters selling in-flight meals. The airline also started selling packages to use their flight simulator, which is typically only used for training pilots.

As 2020 ends there is suspicion that the national airline may never take to the skies again. If it does, it will be a humbled shell of its former self.

Red Bull heir Vorayuth “Boss” Yoovidhya has been on the run since 2017 and is wanted for reckless driving causing death. In 2012, the heir sped his Ferrari through Bangkok’s Thong Lor area, allegedly running over and dragging the 47 year old police officer under his Ferrari for 100 metres, killing him.

Boss failed to appear in court after 8 legal summonses and fled Thailand in 2017 on his private jet, ditching the aircraft in Singapore. Since then, the media has reported sightings of Boss in London, Singapore and Hong Kong. Most recently, Boss is said to be in Dubai.

Charges against Boss were dropped in August, causing massive outrage. PM Prayut Chan-o-cha ordered an inquiry into the case which uncovered a trail of corruption and conspiracy. A number of police officers face legal action.

The charges against Boss were reinstated and an Interpol Red Notice was issued for his arrest in September this year. At the start of the new year, Boss will have 6 more years until he is free from being formerly charged. Thai police still claim they do not know where he is. Get ready for the media, again, tracking him down and snapping some new photos (we admit, we’re sick of using the same 6 photos of him).

Thailand’s pro-democracy movement, calling on government and monarchy reform, has grown and gained international attention. People in Thailand are now familiar with the 3 finger salute, a symbol of resistance borrowed from the movie “The Hunger Games”.

The movement started in July with a large protest held by the student-led group Free Youth at Bangkok’s Democracy Monument. Large gatherings were still prohibited under the State of Emergency order imposed to combat the coronavirus. Some protest leaders were charged for violating the order.

The movement continued to grow and the protesters started openly speaking out against the monarchy, a subject considered taboo in Thai society and could potentially lead to arrest. In mid-October, pro-democracy demonstrators gathered at Bangkok’s Democracy Monument and marched to the Government House where they planned to set up “camp” for a few days to put pressure on PM Prayut Chan-o-cha to resign.

The protest route happened to be the same day and the same route as a royal motorcade, causing complications and a mostly verbal clashes with royal supporters. 3 protesters were charged for allegedly attempting to  “harm the HM the Queen’s liberty” during the motorcade and can face up to life in prison if found guilty.

The rally at the Government House was broken up at 4am when the prime minister imposed a State of Emergency order in the city banning gatherings of more than 5 people. Some protesters were arrested for allegedly breaking the newly-imposed order.

Despite the order, the protests continued. Police deployed water cannon trucks at a following rally. Some say the liquid was laced with tear gas. Daily protests followed drawing crowds of hundreds and thousands.

Last month, protesters rallied outside the Thai Parliament building in Bangkok which had been blocked off by concrete barriers. Police in riot gear and gas masks used high pressure water cannons and tear gas against pro-democracy protesters who attempted to remove the barrier.

A number of activists now face charges for allegedly violating Thailand’s draconian lèse majesté law which carries a maximum punishment of 15 years in prison for insulting or defaming the Thai Monarchy.

As of the end of 2020, PM Prayut Chan-o-cha shows no signs of resigning, his fragile coalition is standing firm and there has been no formal concession to any of the protester’s demands.