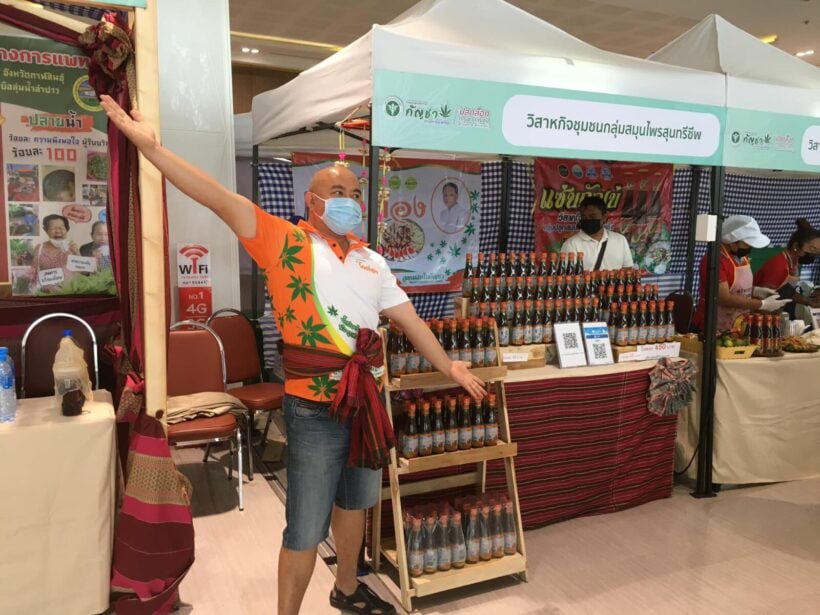 There are few products left in Thailand that haven’t yet been infused with cannabis since Anutin Charnvirakul’s marijuana mystery tour began. The latest product, marijuana infused fish sauce, debuted at an event in the northeastern province of Khon Kaen last weekend. Yum?

As we have said many times before, products are currently allowed to contain a maximum of 0.2% THC, so don’t expect to get high from dousing your fried rice with this fish sauce.

The product was displayed at Anutin’s latest pit stop on his nationwide series of medical marijuana conferences, held in Isaan’s capital city of Khon Kaen from April 1-3.

Talks and demonstrations were given at the conference about how to legally grow cannabis at home in Thailand, how to infuse food with cannabis and how to use cannabis as a medicine to treat various illnesses.

ZKC’s funky fermented fish sauce is apparently making its way into major retailers, so keep your eyes peeled for it in stores.

Nabashalam
Something is Rotten in Bangkok... 😉
brownronin
Hmmmm, makes feel like whipping up another batch of green butter, heh.

TheDirtyDurian
18 hours ago, Naanlaew said: Nice marketing gimmick, may generate some sales to the curious. I doubt it could actually change the taste/flavor or provide any "medicinal" benefit. It could be a gateway sauce leading to more hard core sauce…

Thailand awash with tourists according to government | GMT

Dog poisonings on the rise in Thailand, how to adopt them