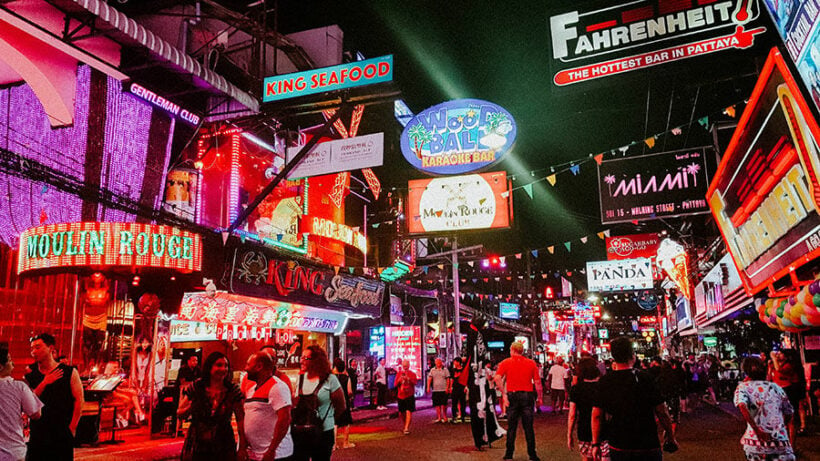 Today is the first anniversary since HM King Maha Vajiralongkorn ascended the throne and became the tenth king of the Chakri dynasty.

Last year’s ceremonies were held between May 2 – 4 with the actual coronation of the new King happening on the third day. One thing Thailand does particularly well is grand ceremony and HM’s coronation was a broad spectacle given full live coverage on the television with thousands of Thais lining the streets to capture some of the pomp and ceremony. The last crowning of a Thai King was for his father, Kong Bhumibol Adulyadej on May 5, 1950.

There will be another day of bans on alcohol sales this Wednesday with one of the sacred Buddhist holidays, Visakha Buscha Day.

The ban is nothing to do with Covid-19 or the recent provincial bans on buying alcohol. The ban on alcohol sales was lifted yesterday in all but six provinces. There was a rush on stores carrying alcohol with Macro and Tesco saying they were close to running out of stock despite being ready for the onslaught of sales when the doors opened yesterday.

Whilst the Covid-19 ban is now lifted the country will have another 24 hour ban on sales from just after midnight on Tuesday, throughout Wednesday.

The owners of entertainment establishments in Pattaya held a meeting at the city’s Hollywood Club over the weekend to exchange ideas on appropriate safety measures to implement as part of a future re-opening.

For now, all bars and clubs around Thailand are closed until further notice as part of measures in place to prevent a re-ignition of new cases of the Covid-19 virus.

The 20 business owners attended the meeting and between them came up with a variety of suggestions that can be put forward. Looks like, though there was plenty of ideas between them at the meeting, there wasn’t much distance.

The ideas proposed included the mandatory wearing of masks, bar staff to wear face shields and gloves, temperature checks at every venue, a limit on the number of customers admitted and the logging of ID and passport numbers for possible contact tracing.

Meanwhile police in Pattaya raided a small bar just outside the city for violating the Covid-19 emergency decree by being open and selling alcohol.

The raid took place at The Pussycat Club in Nongprue at 9pm on Saturday. Police officers were acting following a tip-off that the bar was open and selling alcohol. 8 people, 5 Thais and 3 foreigners, were found to be drinking on the premises, violating the ban on social gathering for the purpose of consuming alcohol.

The Centre for Covid-19 Situation Administration announced today that 581 Thais have returned from 5 countries.

Over the weekend the flights with repatriating Thais arrived from Maldives, Hong Kong, Singapore, Spain, Russia, Kazakhstan, the Netherlands and UAE.

Some 4165 Thais have now returned from 24 countries since April 4, not including the thousands who have returned across the land borders.

Marine officials have reported schools of blacktipped reef sharks around the waters of Koh Hong in Krabi, another case of recovery of the local ecosystems around the area.

Than Bok Khorani National Park staff were checking the area around Koh Hong and came across dozens of Blacktipped reef sharks swimming and feeding along the shores in Krabi province.

They reported that there could be a group up up to 50 Blacktipped reef sharks, with a body length of almost 1 metre. They were chasing after mullet fish, a rare sight to see according to the marine officials.