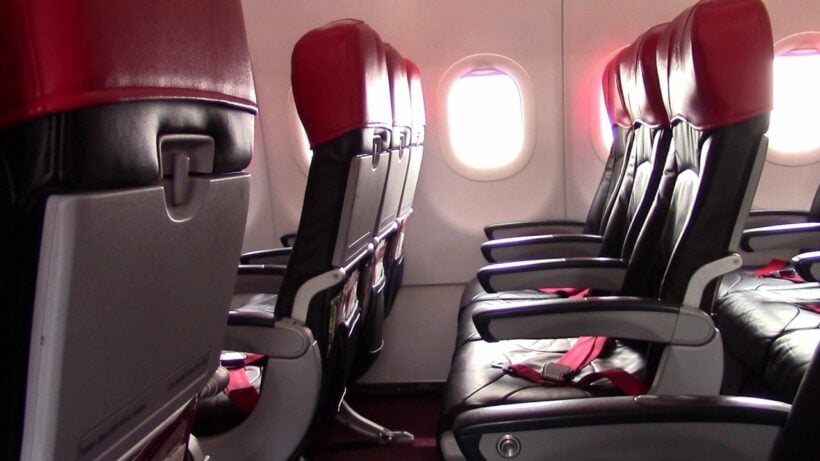 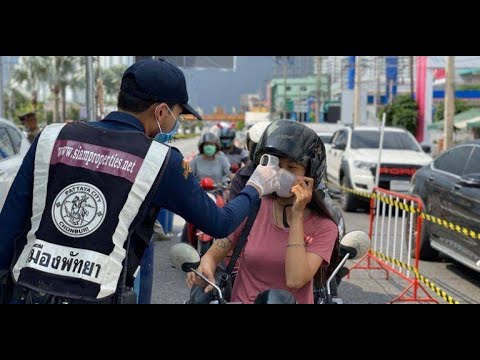 15 new confirmed Covid-19 cases were announced today. This brings the total since the start of the outbreak to 2,854.

60 more people recovered and were released in the same 24 hour period. The total number of patients recovered is now 2,490.

Four of the new cases today were in the Bang Tao cluster on the Phuket’s west coast, including a 2 year old child. Bang Tao has become a problematic cluster for the holiday island meaning a lockdown of the largely Muslim community for an extended period.

Over the next few days hundreds of Thais will arrive from overseas and officials caution this may add to a higher daily number of cases. Every repatriated citizen goes immediately into 14 days of state quarantine as soon as they arrive.

Two of Thailand’s provinces have already declared they will begin relaxing provincial ‘lockdowns’ from May 1.

Buri Ram, in the north east, and Chon Buri, south east of Bangkok, have separately announced a progressive relaxing of lockdown restrictions acknowledging the improved coronavirus situation in their provinces.

In Chon Buri, including the seaside city of Pattaya, the Governor issued orders yesterday to ease some of the restrictions imposed on April 9, citing the “improving situation”.

And the Buri Ram Governor says the province should reopen so people can resume activities which present a minimal risk of disease transmission. He also said…

“All people in Buri Ram, 15 years or older, whether residents or not, will each be issued with a sticker to be attached to their ID cards or passports. Anyone leaving the province will have the stickers removed and, upon their return to the province, will have to enter quarantine.

Next Monday, the day before the weekly Cabinet meeting, Thailand’s National Security Council will present a proposal to extend the national state of emergency to PM Prayut Chan-o-nocha

It is rumoured that they will be recommending the relaxation of some current restrictions to allow some businesses and daily activities to resume amid the Covid-19 crisis.

The PM has the right to extend the current Emergency Decree for up to 90 days under the Thai Constitution.

Details regarding the relaxation of restrictions will be known after Monday’s meeting, and the NSC will invite business leaders to give opinions on how they can help curb new infections if restrictions are relaxed.

The director-general of the Civil Aviation Authority of Thailand is eyeing May 1 as a possible date for some domestic flights to once more take to the skies. And he’s clarified some of the rules for airlines and passengers.

• Strict social distancing must be in place during check-in, boarding and disembarking

• The wearing of masks is obligatory for all passengers while crew must wear masks, face shields and gloves

• Passengers must provide their own masks

• No meals or beverages can be served in-flight

• Passengers cannot bring their own food

• Every other seat must be left empty

Following last week’s posting of a video taken at the Phuket Zoo apparently ‘whilst on a walk’, 2 foreigners and 2 Thais have now been arrested.

They’ve been detained after allegedly scaling a wall at the Phuket zoo. They shot videos of crocodiles and tigers then posted them online asking for public donations to help the ‘abandoned’ animals. The police report says that zoo’s security guard reported four people climbing over the zoo’s perimeter wall around 6pm on April 14 and recording videos of some of the animals.

The three men and one woman have been charged with violation of the Computer Crimes Act and trespassing on private property. The suspects all denied the charges and engaged a lawyer. The zoo is closed, as are all animal entertainment venues, by order of the Phuket Governor.

Their lawyer claims the whole situation is “all a misunderstanding”. He told reporters that his clients had asked the zoo owner’s mother  to enter the zoo after being told the animals were not being fed. He said that the mother would be a witness for the defence.

Not too far away from Thailand, Singapore’s confirmed cases have blown past 11,000 from just 1,000 at the beginning of this month and doubled just in the past week. The city state now has the highest number of reported cases in south east Asia. The vast majority of the new wave of cases are among Singapore’s estimated 320,000 migrant workers living in cramped dormitories.

This week, Singapore said it would stop the daily movements of workers in and out of all dormitories. Workers in essential services, who’ve tested negative, have been moved to other accommodations. The rest will remain in virtual concentration camps, where the risk of infection has been evaluated as “extremely high”.

Migrant workers arrested in Bangkok for working through curfew

And speaking of migrant workers, Bangkok police have arrested 15 migrant workers accused of violating the emergency decree by working during curfew hours

The construction workers were stopped at a checkpoint on the Bangna-Trad road as they were making their way home from having worked overtime on the Yellow Line monorail project.

Their employer vigorously disputed the charges and has taken to social media to air her grievances, claiming the workers were in possession of a special travel permit which the arresting officers allegedly tore up during the arrests.

Police responded by saying the permits don’t cover working at night as this is not included in the exemptions listed as essential night-shift workers such as medical and logistics staff.

When asked about the checkpoint officers tearing up the permits presented by the workers, Damrongsak says the officer thought they were scrap paper.

Indonesia has announced a ban on all air and sea travel until at least June to try and contain the spread of the coronavirus during Ramandan, which started today.

The temporary ban takes effect from today and covers the end of Ramadan when millions would traditionally return to their hometowns. The latest measure will not apply to emergency, diplomatic or cargo transport, the government said. Returning Indonesian citizens from abroad and foreigners who reside in the archipelago will also be exempt.

Airbus, the European multinational aircraft manufacturer, has pulled the plug on an 11 billion baht joint venture with Thai Airways scheduled for the U-tapao airport in Rayong, east of Bangkok.

The project was to develop a maintenance, repair and overhaul facility at the. The airport also serves the seaside resort of Pattaya.

The pull out is a huge blow to the Thai Government’s much hyped Eastern Economic Corridor project which the Prayut Government has made its poster economic project for Thailand. The lack of a partner also leaves Thai Airways in limbo with its plans for the regional maintenance hub.

Thai Airways’ executive vice president of Technical Development says the failure to go ahead with the project left the national carrier seeking a new partner to go ahead for the proposed maintenance facility.

About 45% of the current Thai Airways fleet is from Airbus, including 6 of the massive double-decker A380 aircraft.

Thailand’s wildlife is thriving in shutdown, but maybe not for long