In today’s news, CCSA says new Covid-19 infections in Thailand could reach 20,000 per day, the ghost ship reported yesterday is now believed to be a smuggler’s vessel, and a hospital denies its 39 million person database was hacked – well how did it get the internet then?

All this is coming up in today’s program.

You’re watching Thailand News Today, bringing you the latest headlines in Thailand and beyond. And in today’s news.

The CCSA says new Covid-19 infections in Thailand could reach 20,000 a day if the public does not take disease prevention measures seriously.

Sorry we didn’t live up to your standards

We’re just trying to get on with our lives.

While 5,400 Omicron infections have been reported across 71 provinces, Dr เกียรติภูมิ วงศ์รจิต from the Public Health Ministry says deaths remain low. Therefore he suggests that the new strain is highly transmissible but less severe.”

Kiattiphum has outlined 3 possible scenarios envisaged by the health ministry. The first – and best-case scenario – is 10,000 new cases a day, with deaths between 60 – 70 a day by late January.

And the third, and worst-case scenario, in the event that the public refuses to adhere to disease control measures, would be 30,000 new cases a day and 170 – 180 deaths a day.

The ministry expects Thailand’s infections to peak by late January or early February in scenario 1 or 2. In the worst-case scenario, we would not pass the peak until early March, after which it would take another 3 – 4 months for the situation to be brought under control.

However, Kiattiphum is confident Omicron will be brought under control within 2 months and that there will be a gradual drop in new cases, with the virus eventually becoming endemic in about a year’s time.

As a follow up to yesterday’s Ghost Ship story, an expert has told Thai media that he suspects the mysterious Chinese vessel found in the Gulf of Thailand to have been an illegal oil tanker distributing oil to various countries.

The Jin Shui Yuan 2, which many are calling a “ghost ship,” was reported by staff at an oil rig off the coast of the southern province Songkhla last Thursday. No one was onboard the cargo ship, and, apparently, no documents or registration numbers were on the vessel either. Only the ship’s name indicated that it was of Chinese origin.

The Royal Thai Navy attempted to pull the vessel to the shore, but strong winds caused the ship to take on water and sink. The authorities from the Second Naval Area Command are standing by monitoring the engine oil and making preparations to handle any problems that might arise from the sunken vessel.

According to the Thai media, one expert in news and national security says that this might be an illegal oil tanker. The source suspects that the ship travelled along national water to distribute illegal oil to different countries, including the southern part of Thailand. The ship might have been operating for a long period of time without proper maintenance. If a ship were operating illegally, it would be difficult to find somewhere to dock for repairs.

In an initial investigation by the Royal Thai Navy, officers found that a Chinese vessel registered as Jin Shui Yuan 2 was last reported in 2020. According to the website Marine Traffic, the last position of the Jin Shui Yuan 2 cargo vessel was in November 2020 in the East China Sea. The site now says the vessel is out of range.

The authorities added that this is the first time Thailand found an abandoned vessel like this one and there will be a further investigation on the vessel’s nationality, where it came from, and find out whether it is illegal or not. Thailand will ask for international cooperation from Singapore and the US to gather more information and details of the ship.

With an uptick in Omicron cases after the New Year holiday, the country’s central bank says the economy might grow slower in the first half of the year.

The kingdom had seen a revival in tourism, especially over the past two months with the Test & Go quarantine exemption scheme. However, registration for the entry scheme has been closed due to the emergence of the recently-discovered strain, leaving the future of tourism uncertain.

Along with the tourism rebound, domestic spending has also supported Thailand’s economy. But since the Omicron outbreak, restrictions have tightened, and people have been advised to work at home.

The Bank of Thailand says the country is expected to control the spread of Omicron by the first quarter of 2022, but the bank’s senior director adds that the outbreak could be more severe and longer than expected.

As Thailand’s GDP is expected to grow by 3.4% in 2022, households and businesses’ financial stability remained precarious amidst high levels of consumer and corporate debt that were also considered a risk.

An associate governor at the central bank says inflation is also expected to rise slightly in the first half of 2022, and the bank has been preparing to interfere in markets if the baht currency gets excessively volatile.
—–

In what appeared to be the latest breach of the country’s public health sector, around 39 million patient records from Siriraj Hospital in Bangkok have been listed for sale on an internet database-sharing platform, raidforums.com. The hospital is now denying that its database was hacked.

The Faculty of Medicine Siriraj Hospital of Mahidol University, which operates Siriraj Hospital, released a statement saying there has been no data leakage from its faculty or any affiliated hospitals, and that the data set listed was not from the hospital’s database.

The post on raidforums.com says a sample file of the data is available, which is said to include names, addresses, Thai IDs, phone numbers, and dates of birth.

The uploader, who goes by the username “WraithMax,” wrote that the price of the data is negotiable, and it will only be sold to one customer. The post claimed that the information isn’t just from the public Siriraj Hospital, but also from VIP records from Siriraj’s private hospital located right next door.

The majority of public hospitals still lack cybersecurity departments or chief information security officers capable of monitoring threats. The authorities are currently investigating the post on the forum. A sample file can be accessed through Telegram.

Since 2020, there have been three hacks, all of them have been from the public health sector. The latest data breach was back in October 2021 when a hacker posted on raidforums.com with over 100,000 patients from 11 different hospitals.

Health officials in Phuket say hospital beds are running out as the infection rate begins to climb once more on the southern island.

กู้ศักดิ์ กู้เกียรติกู says that, as of Sunday, Phuket has reported 742 new cases, 513 of those are in local residents, with 2 in foreign residents.

133 have been imported by the island’s sandbox entry scheme and 94 have arrived under the now-shelved Test & Go program. According to the report, over 66% of infections are the Omicron variant.

กู้ศักดิ์ says the island is now running out of local quarantine facilities for high-risk groups and hospital bed occupancy is on the rise.

He said during the past 7 days, an average of 340 new cases were detected in Phuket and the number is trending upwards. Hospital bed occupancy is increasing, and beds are running short, although fatality rates are declining.

Meanwhile, the Public Health Ministry has raised the island’s Covid alert to level 4. Phuket is a tourism “blue zone” meaning alcohol can be sold in SHA-accredited restaurants until 9pm. However, people are being asked to avoid high-risk places, such as pubs, large gatherings, and places without adequate ventilation.

People returning to the island from other provinces after the end-of-year holiday are asked to monitor their health for 14 days, get vaccinated, work from home where possible, and take regular antigen tests. Those who test positive for the virus can dial the 1330 hotline to register for home isolation.

After reports that an 8 month old sick with Covid had to wait in a queue before being treated at a hospital, the government is instructing all hospitals in Thailand to admit child patients immediately, adding that no child infected with the virus should be turned down and staff must have the appropriate medication on hand to treat them.

The deputy government spokesperson said that PM Prayut Chan-o-cha has directed the Public Health Ministry to make sure children affected with the coronavirus are given treatment at public and private hospitals.

She continued by saying that the prime minister is worried about their well-being because of their “lower immunity from not having been vaccinated like adults.”

I didn’t know the Prime Minister was also a pediatrician.

The statement comes after reports that a couple had problems trying to get their 8 month old grandson treated for Covid at a hospital. They were seeking urgent care as the child had a fever and low blood oxygen levels, but the hospital staff told the couple to wait in a queue.

And that’s all for our report. Thailand News Today will be back tomorrow. Meanwhile, you’re now up to date on the Thaiger. 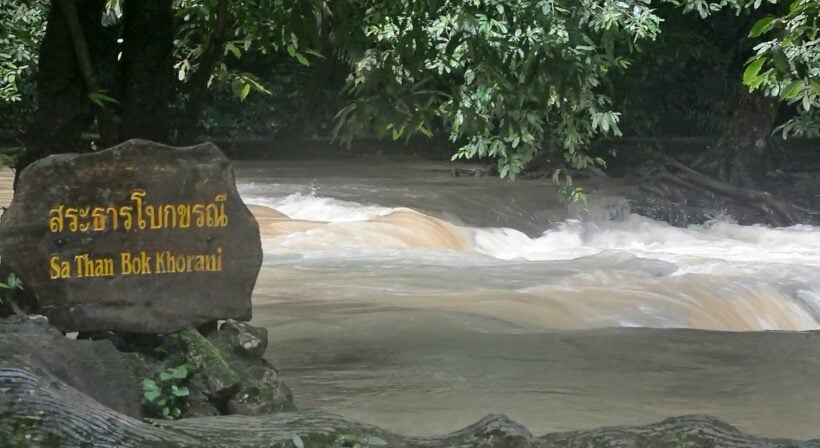 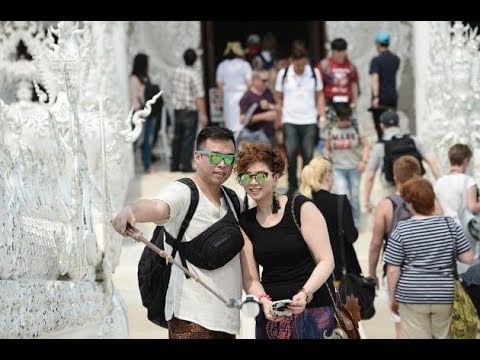 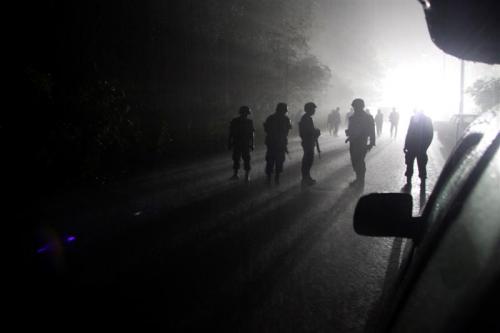 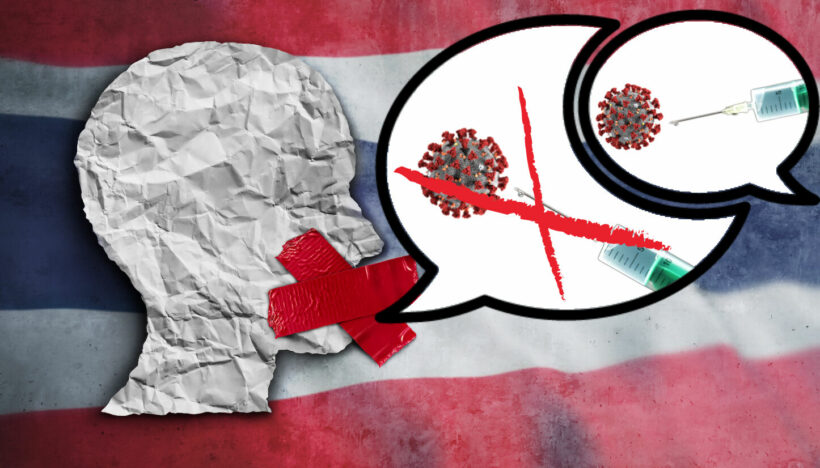