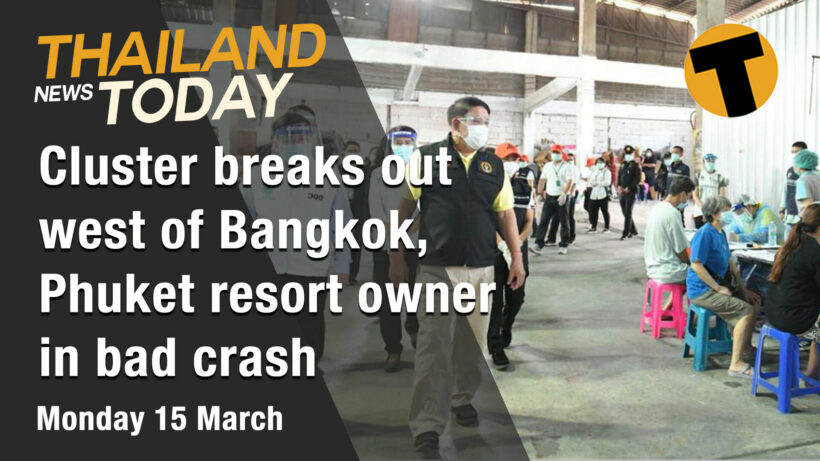 On The Thaiger today, another cluster breaks out in the west of Bangkok, more deaths in Myanmar as the Burmese Army turns against its citizens, and the PM apologises for spraying journalists with hand-sanitiser last week.

Thailand recorded 170 new infections of Covid yesterday, most of them in Bangkok. It pushes the country’s accumulated total infections to nearly 27,000. The death toll remains at 86.

Meanwhile, Covid vaccines using the AstraZeneca vaccine will start next week, according to Thailand’s public health minister in a Facebook post today. The update, with little explanation, comes just 3 days after PM Prayut Chan-o-cha cancelled his plans to be vaccinated with the same AstraZeneca vaccine and the Thai government decided to delay the rollout of the vaccine due to concerns over a possible link to blood clots.

The owner of the luxury resort Sri Panwa in Phuket, which was the first to offer “villa quarantine” as an alternative quarantine for travellers, was critically injured in a car incident last night. Police say 40 year old Vorasit Issara drove into a power pole in Phuket’s Wichit district. Officers suspect Vorasit lost control of the car while driving around a curve while heading toward Phuket Town.

The Thai PM Prayut Chan-o-cha maintains he was just “playing” around when he sprayed hand sanitiser at reporters at the end of a press conference last week. When asked questions about a possible reshuffle of the Thai Cabinet, he picked up a bottle of alcohol spray and gave the front row of the press a good spray while walking off.