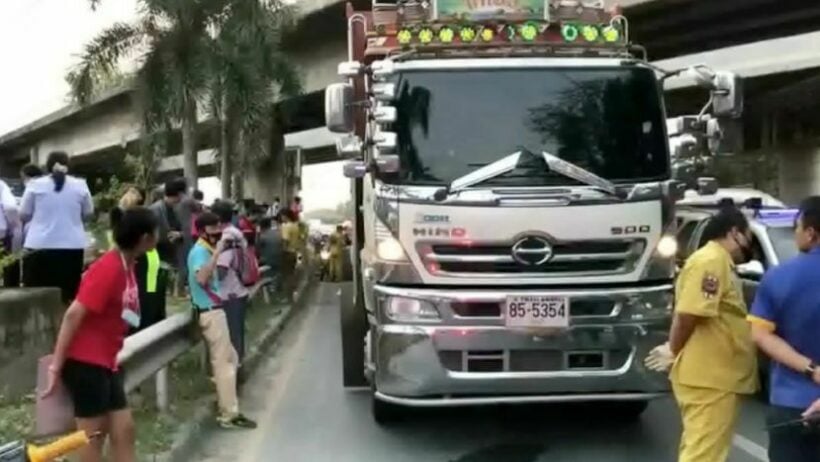 2 teenagers were killed in a motorbike accident in Chon Buri after a 18-wheel trailer truck quickly changed lanes to avoid another vehicle, hitting the bike and running over a rider.

The body of a 14 year old student was found trapped under the trailer truck. The other 13 year old student died on the way to a local hospital. Rescuers say he had critical head and leg injuries. The motorbike was found 50 metres from the truck.

“There was a pickup truck coming out from the entry road to a temple without warning… I tried to avoid the pickup truck as I was sure there were no other vehicles (nearby.)”