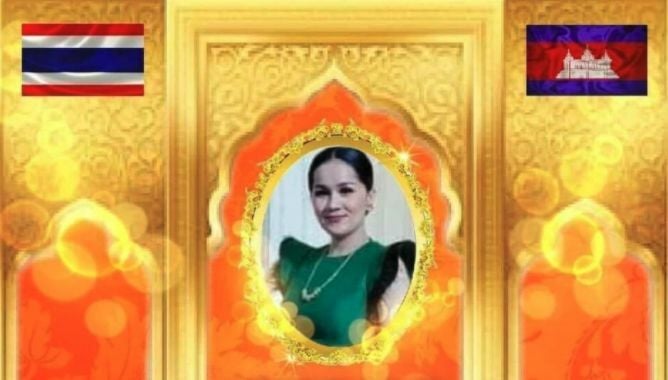 Border guards in the eastern province of Surin are on the lookout for a “Cambodian princess” imposter, after catching wind that she plans to travel to Bangkok to attend private parties with police. Well, sort of…

Surin Provincial Governor Suwapong Kittiphatpibul issued an alert on Tuesday about the princess’s doppelgänger, requesting local authorities to enforce the rules if she attends to enter the country. The alert was sent to all district chiefs and the chief of the provincial immigration office, the Bangkok Post reported. But here’s the kicker: the princess doesn’t exist.

The alert describes a woman who claims to be the so-called “Princess Kosoma Tevy Norodom” of Cambodia. But in fact, Cambodia’s royal family doesn’t have a princess with this name, according to the Thai embassy in Phnom Penh. The alert says that the imposter looks like a women who previously claimed to be another Cambodian princess and last visited Thailand in 2017 under a regular passport with the name Kosomaktevy Pich.

So far, the foreign ministry hasn’t received her application for entry into Thailand. But with the district chiefs and immigration officials on high alert, she’d be well advised to stay away — or enter by another route.

But the rabbit hole goes deeper than just a solo imposter attempting to pull off a one-time tick. There appear to be other princess impersonators involved…

According to Thai media, reporters received additional information from a close friend of Cambodian Prince Sisuwat Kusumanaree Rattana. It was a poster advertising several private parties in Bangkok, and depicting a woman who pretends to be Cambodian royalty.

Here are the ROUGH translations of the text in Thai…

The poster was passed around with another text message, which read…

Dear Superintendent of Immigration, Surin Province and the sheriff of every district

Enclosure: Copy of passport with photo

The Ministry of Interior was informed by the Ministry of Foreign Affairs that National Police Office received information on the visit of Her Royal Highness Princess Gosoma Devi Norodom, member of the Cambodian Royal Family. Between 18-19 March 2022, from checking information from the Royal Thai Embassy in Phnom Penh, it was found that there were no members of the Cambodian royal family under the name Princess Kosoma Devi Norodom, as well as those who claimed to be Princess Go. Soma Devi Norodom also looks like a person who impersonates Prince Sisuvat. Kusumanari Rattana who traveled to the Thai-Cambodian border provinces in 2017 with the said person’s passport. It is a normal passport, named Kosomaktevy Pich. The Ministry of Foreign Affairs has not yet received a Thailand Pass application to enter Thailand via the said person’s aircraft.

Surin province therefore asks you to watch out for such people. Not to pretend to provide special convenience for entering the Kingdom of Thailand and to follow the guidelines for entering the Kingdom. According to the Center for Situation Administration for the Epidemic of Coronavirus Disease 2019 (Covid-19) (CDC) strictly and closely monitor the situation.