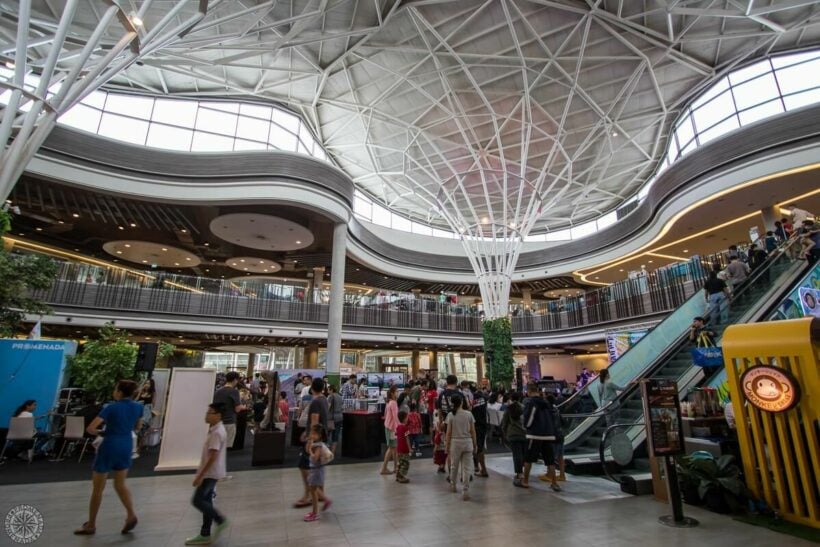 Tenants and staff were in shock after a shopping mall in Chiang Mai suddenly announced temporary closure due to economic fallout from Covid-19. Or is it economic mismanagement?

Thai media have reported that the centre had more than 20 million baht in debt from electricity bills and had to close immediately because they were unable to pay the bill.

Today, the shopping centre Promenada Chiang Mai sent an official letter to each tenant and store that the shopping centre would temporarily close from today onwards. Thai media reported that each store staff was shocked as they hadn’t received any alert in advance and even opened their shops as usual yesterday. The shopping mall’s representative also informed each shop to close and move their stuff out within 2 to 3 days as the electricity would be cut off very soon.

The management company running the shopping centre, ECC Chiang Mai Company, complained that they were seriously affected by the effects of the Covid pandemic and had been trying to manage the situation for over 2 years now.

The Centre also attempted to retain each tenant by decreasing the rental fee or waiving the rent for some months, but the company wasn’t able to earn enough to cover their costs. The statement ended by saying that the managing board were sorry for the situation and “would like to thank all partners for joining the business”.

According to Khaosod, the shopping Centre couldn’t afford its electricity bills for many months, accumulating a debt of almost 20 million baht. Last month, the electricity cost them 5 million baht, and the Provincial Electricity Authority ordered them to pay their arrears urgently.

HolyCowCm
7 hours ago, KaptainRob said: 15 hours ago, HolyCowCm said: I liked the occasional visit to Toys R Us too. I'd forgotten their original tenure, Uniglo eventually went in that space IIRC and they later bailed out. The cinema wasn't…

KaptainRob
36 minutes ago, AdvocatusDiaboli said: And walk thru? I use the new online system, before that only the drive thru but others do walk in.

Noble_Design
4 hours ago, Dada said: From khaosod: "a famous shopping center worth more than 2,900 million baht", so half of it came from The Netherlands. They should hang a Dutch flag in front to sooth the wounds. ps corrected link…

PapayaBokBok
8 hours ago, AdvocatusDiaboli said: And walk thru? i saw a dude walk thru it last visit--is outside pull up left side of bldg
HolyCowCm
Well if all else fails, it might be pretty easy to turn it into a low security stay prison and have a section to cover longer term jail holds. Men on oneside and females on the other. Make it for…