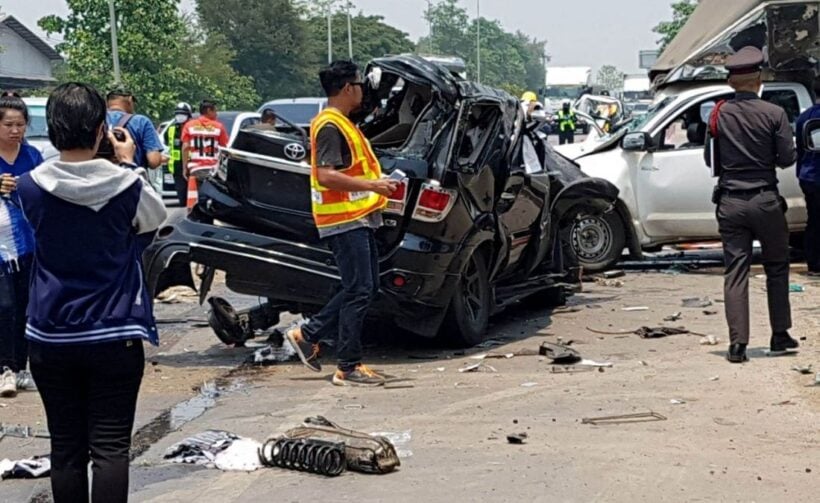 Thailand could gain significant long-term economic benefit by making the roads safer and saving its mainly young and capable population from premature death in accidents, according to a World Bank report.

The report entitled “The High Toll of Traffic Injuries: Unacceptable and Preventable”, concludes that, if road traffic injuries could be reduced in Thailand by 50 per cent and satisfactory road safety sustained for 24 years, the economy would enjoy a 22 percent boost.

Dipan Bose, one of the researchers involved, says the key to earning that substantial benefit was ensuring that productive young people live long enough to contribute to the country’s prosperity. Instead, they’re dying or being maimed in road crashes while still young.

If you are male, you are four times more likely to die in a road accident

“Road traffic injuries are the single largest cause of mortality and long-term disability among people in the prime working ages of 15 to 29 years old,” said Bose of the World Bank’s Global Road Safety Facility. 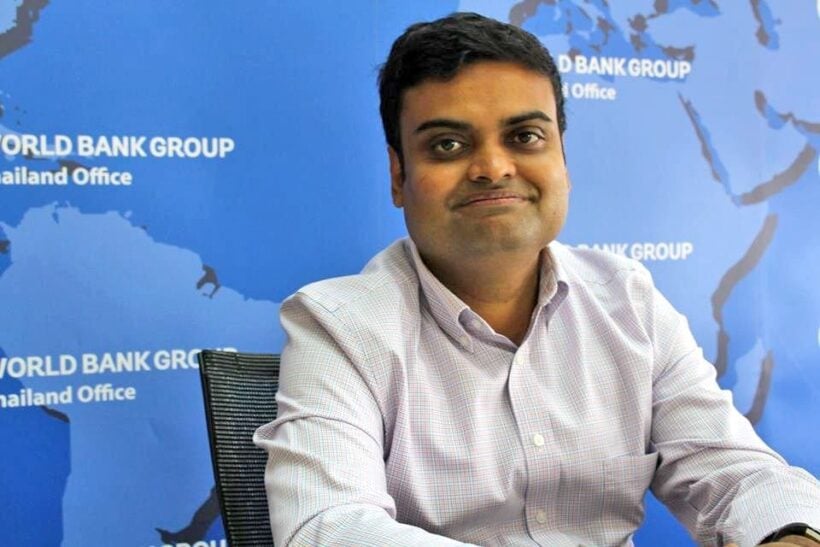 Statistics indicate that three out of four victims of traffic accidents were young and male and most were poor families’ breadwinners.

If you are aged 16-25 years you are twice as likely to die in a road accident than someone aged 36-45 years old.

“By losing these productive young people, not only does the country lose the benefit of their economic contributions, but their families suffer heavily as well.”

With the potential for such high economic and social gains, said Bose, Thailand and other middle-income countries would be wise to give priority to making roads safer. Improving the infrastructure, promoting use of public transport and encouraging people to walk or cycle rather than driving would all accomplish this. 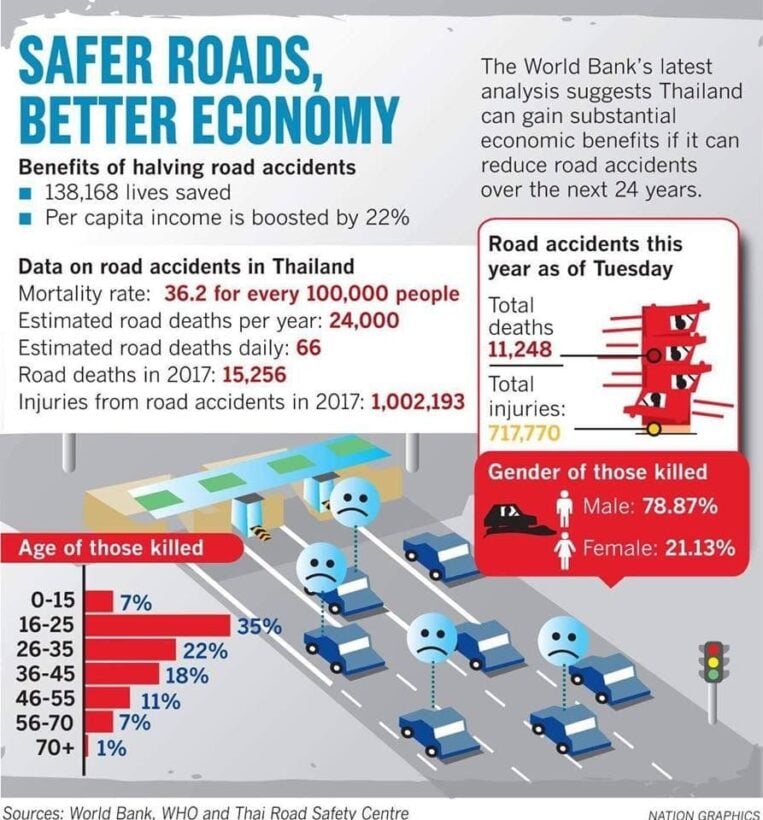