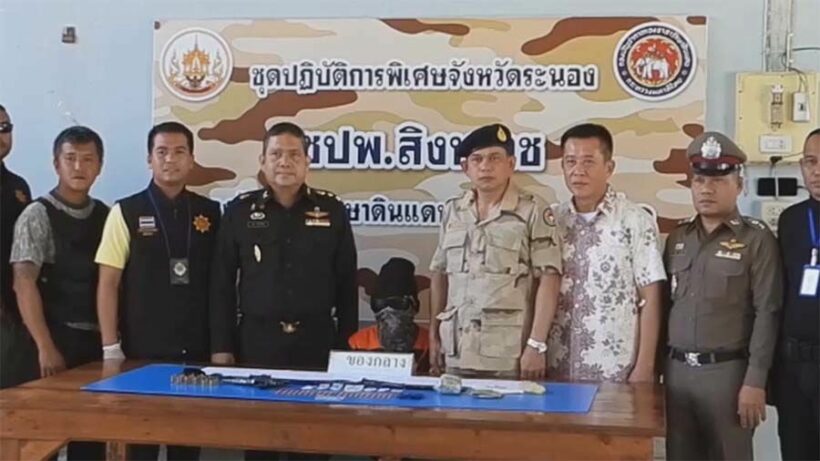 A 54 year old drug dealer has been arrested for selling cut-price methamphetamine pills to young teenagers around the main city area of Rayong.

The suspect was arrested on July 9 and already told police that he buys the methamphetamine (yaba) pills for 23 baht each and then sells them for 60 baht, about half the ‘market’ price. Don Ramon Chuay Chart admitted that most of his customers are teenagers and workers in the area and that he sells the pills at a cheaper price because most of his customers have no money.

Ranong Police arrested him and seized 2,402 methamphetamine pills and a small quantity of crystal methamphetamine (ice). They also seized a 9mm hand gun and 17 bullets. He told police the gun was purchased from a fisherman in Sin Hai Island which Don uses for his ‘personal protection’. The police were informed by villagers in the City of Rayong that he’d been selling drugs to young teenagers and the workers.

The police followed up the lead and discovered Don in his house along with the evidence. Don admitted to the charges and took the police to where the drugs were hidden inside a tree behind the house. Don told police that there have been new drugs sent to him that were cheap but ‘effective’. He buys the new pills for 23 baht each, sells them wholesale in quantities for 50 baht, and retail for 60 baht. He said his supplier also lives in the City of Rayong.

He calls the seller Mr A. Don would order the drugs on his phone and Mr A will deliver the pills directly to his home. Don said he’d been operating like this for over 3 years. 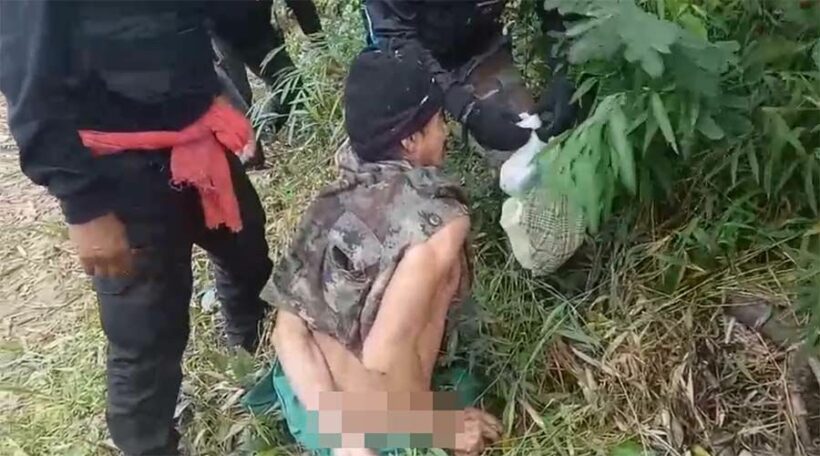