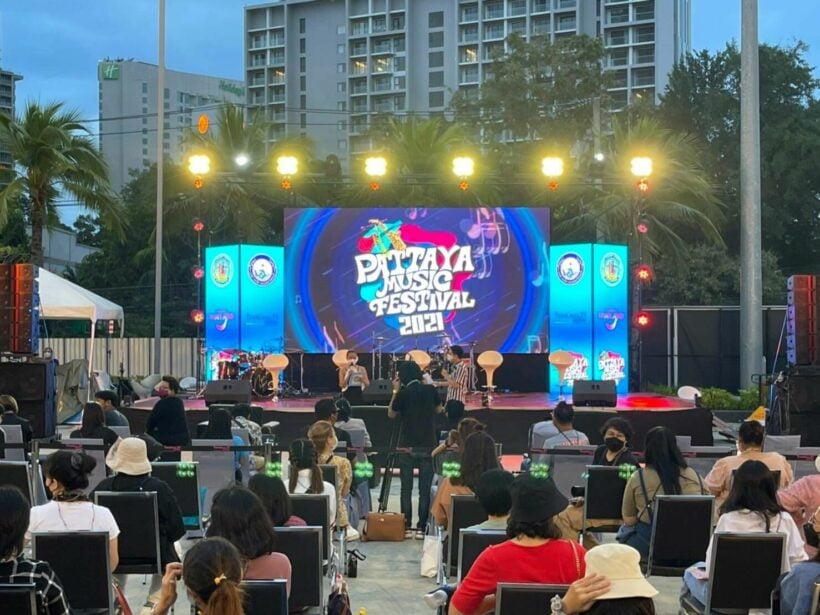 Next month’s Pattaya Music Festival 2022 is being postponed due to the surge in Covid-19 cases which hit 1,250 new infections in Chon Buri today. With the recent decision to hold off the music festival, some are worried authorities may also yet again cancel April’s Songkran festival, the massive water fight celebrating the Thai New Year.

Pattaya Music Festival was planned to take place every weekend throughout March. The locations and artist lineup were already confirmed, but the festival was just postponed due to the increasing number of Covid-19 cases in Chon Buri, which includes Pattaya. An official announcement says the event is postponed until further notice and updated information on the event will be announced once the Covid-19 situation improves.

The move to postpone the music festival has some concern that authorities might do the same for Songkran, which has been cancelled for the past two years.

According to the National Security Council Office, people will be allowed to travel across provinces and live life pretty close to normal this Songkran. However, parties and water events might not be allowed. Officials are still mulling over possible measures and whether to cancel the water fights.

LoongFred
56 minutes ago, Thaiger said: Next month’s Pattaya Music Festival 2022 is being postponed due to the surge in Covid-19 cases which hit 1,250 new infections in Chon Buri today. With the recent decision to hold off the music festival,…
Saunk
Does The Thaiger bother editing articles before they are published? The amount of grammatical mistakes in this article are laughable.

King Cotton
9 minutes ago, Saunk said: Does The Thaiger bother editing articles before they are published? The amount of grammatical mistakes in this article are laughable.  And before you know it, @Saunk, Tim or one of his Thaiger clones will be…