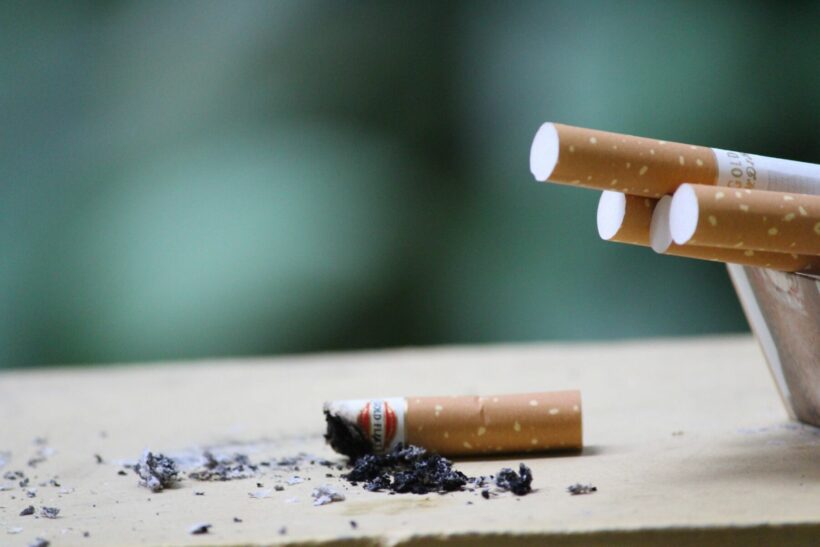 Packs of cigarettes are going to get a little more expensive. The Thai Cabinet just approved a new excise tax structure for cigarettes. Retail prices for a pack are expected to rise by 6 to 8 baht. The Finance Minister says the new tax structure is expected to go into effect on Friday, but it still needs to be published in the Royal Gazette to be made official.

According to the Bangkok Post, a 20% tax rate has been applied to the retail price of cigarettes under 60 baht and 40% for packs over 60 baht. The Post says the Cabinet raised the 20% tax rate to 25%, while Nation Thailand says the Excise Department did not announce the exact rate, only saying the tax will be higher.

The governor of the Tobacco Authority of Thailand says “The TOAT is concerned about the illegal cigarette trade which it expects to increase substantially because of the tax rate hike.”

Nation Thailand reports that all cigarettes in stock will be subject to the new tax on Friday and the Excise Department will check stocks at tobacco factories and import warehouses to “combat hoarding that seeks to exploits the old tax.”

Paco
"“The TOAT is concerned about the illegal cigarette trade which it expects to increase substantially because of the tax rate hike.” they should be, because will be a lot smuggling coming of cigarettes, at least they have something to do