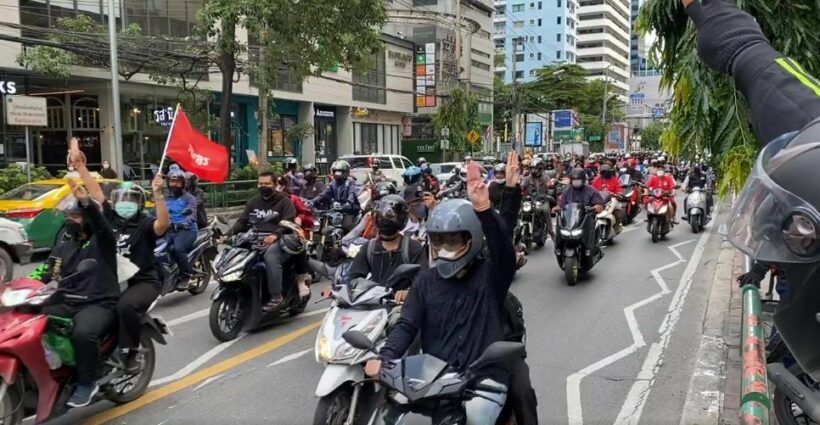 With another car and motorbike mob protest in Bangkok, honking horns and backing up traffic, Royal Thai Police released a warning early today warning drivers to avoid the Ratchaprasong intersection and advised people to take one of 12 alternative routes.

There have been several car and motorbike mob protests over the past several months, many calling on PM Prayut Chan-o-cha to resign due to what they say is mismanagement during the Covid-19 crisis.

Citizens are encouraged to ask at the Traffic Control and Order Center to help with traffic congestion. You can reach 1197 at any time of day or night, or go to the traffic police website. You can also avoid future protests by downloading their smartphone application. Watch a VIDEO here.

HolyCowCm
This will soon be all for nothing once that new Amnesty bill gets signed in. They will attach everything to be related to Covid. What they should also be protesting about is this amnesty bill and the spyware the police are…

palooka
1 hour ago, gummy said: Just watching it And videoing it no doubt

gummy
2 minutes ago, palooka said: And videoing it no doubt Why would I, no need to

AlexPTY
I personally advise traffic police to do their job. Enforce traffic rules that is

Covid Care Centres to be set up for asymptomatic Phuket patients