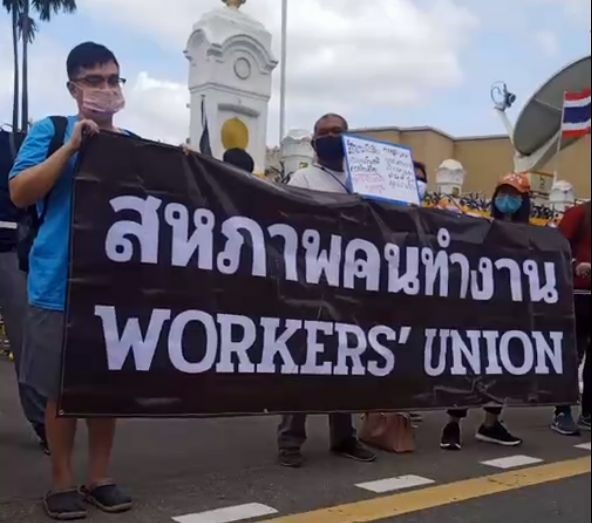 With Covid-19 affecting many migrant communities in Thailand, Cambodian workers are now asking the Thai government for help. A petition calling for assistance during the pandemic to help with providing food, financial support and medical services was submitted this week to the Thai Ministry of Labour and Parliament.

Thousands of Cambodian migrant workers signed the petition, which was submitted by the Cambodian Workers Foundation. The group’s president Sun Siha says they’ve chosen to file a petition with the Thai government rather than the Cambodian Embassy in Thailand because they believe the Thai authorities will solve the situation quicker.

“The Thai authorities said that they will solve the problem as requested by the Cambodian workers but it will take some time before they can issue a response.”

With construction camps now sealed off in Bangkok, and large scale projects involving more than 20 workers on hold, many migrant workers have lost their jobs. The tight restrictions were announced this week as Covid-19 cases surge and the number of deaths hits a record high. Those in camps that are sealed off for the next month are given food and water, according to Thailand’s Centre for Covid-19 Situation Administration. Some of the compensation is covered during that time as well.

Graham
Sorry but if the Thai has been unable to help any Thai worker since the start of this pandemic, how in God's name do migrant workers expect to get any assistance  ? the thai government does not care about anyone…