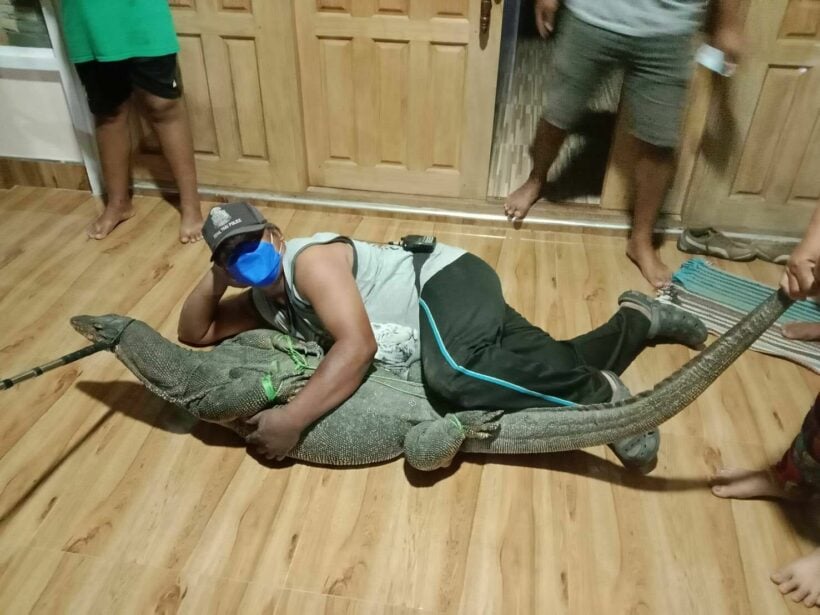 Possibly one of the heaviest Asian water monitor lizards ever reported was found at a home in Southern Thailand. The massive lizard weighing around 100 kilograms was safely relocated by a rescue team yesterday after lying in front of the door at a house in Nakhon Si Thammarat.

29 year old Teerasuk Pudee returned from work to find what he thought was a crocodile lying in the way of his front door. When he got closer, he realised it was in fact a 2-metre Asian water monitor lizard, known as “tua hia” in Thailand. Teerasuk was scared the animal might hurt him so he called a rescue team to help around 6:30pm yesterday.

The heaviest water monitors in Thailand weigh around 50 kilograms. The rescue team were beside themselves as they had never seen a lizard of this grandeur before. Once the animal was strapped up, the rescue workers took their opportunity to lie down and pose for a photo with the giant reptile.

The rescue workers trapped the lizard, strapped its mouth shut, tied up its legs, lifted it onto a stretcher and into a vehicle to be safely transported back into the wild.

Thai media suggests using the numbers 162, Teerasuk’s house number, to enter the lottery on April 1st. Another nickname for this animal is “tua ngern tua thong,” or “animal of silver and gold,” as it is widely believed that these creatures bring good fortune to anyone who sees them. 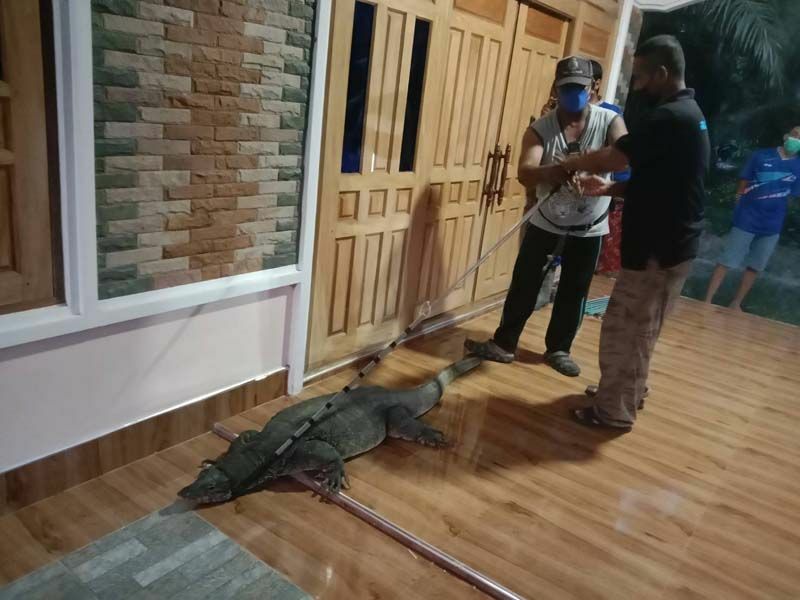 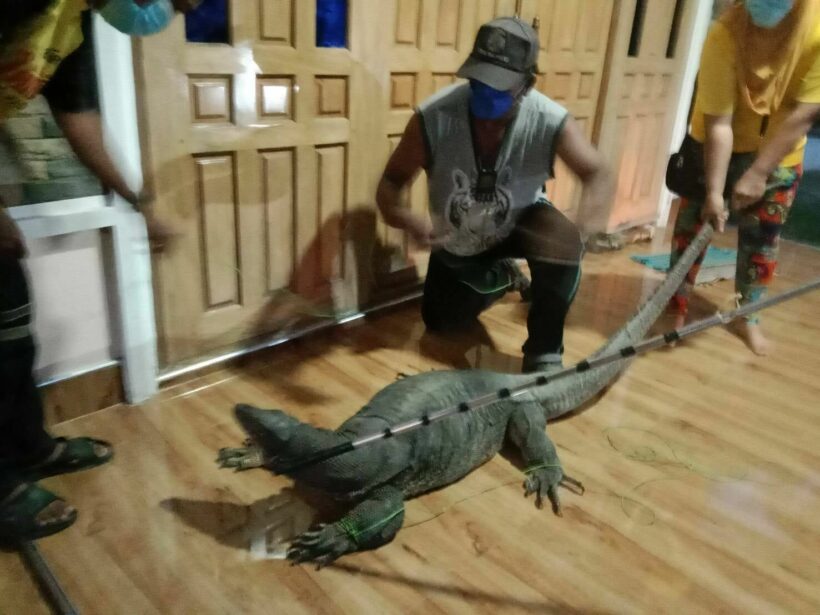 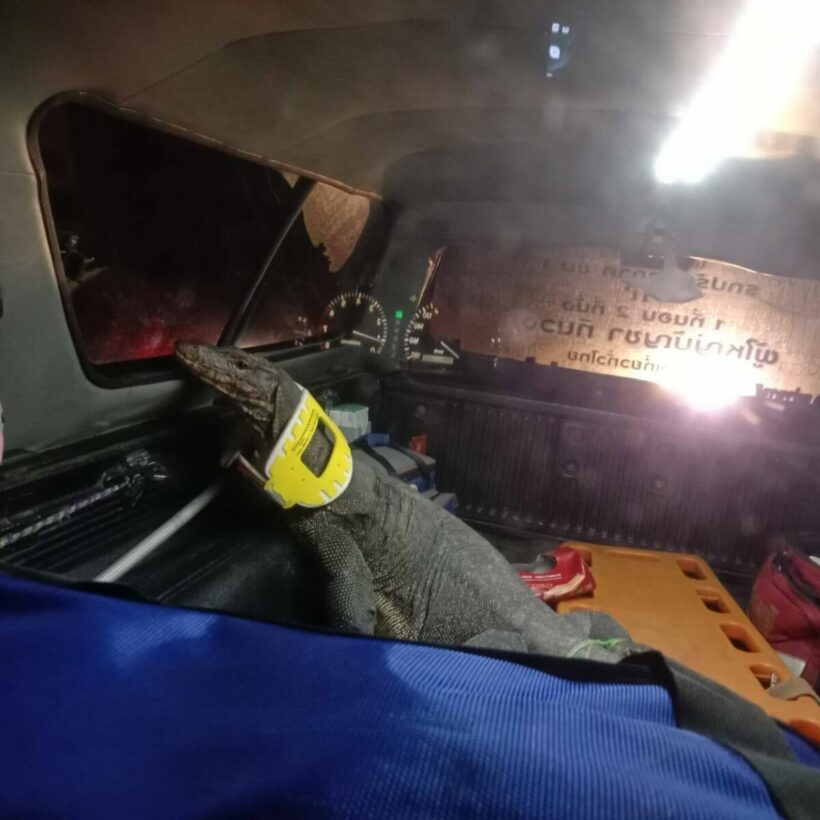 Noble_Design
How would this lizard fair in a fight with a komodo dragon?

palooka
Have a large one (1.5 metres) crosses the main highway regularly, locals say he's going to see a pooying. Wouldn't want to hit one of them, they look solid.
Cathat
I've seen them being removed from lumpini park a few times. does anybody know if they are being relocated to other areas or are they fairly tasty.

Noble_Design
5 minutes ago, Cathat said: I've seen them being removed from lumpini park a few times. does anybody know if they are being relocated to other areas or are they fairly tasty. They are quite tasty cooked in claypot curry:…