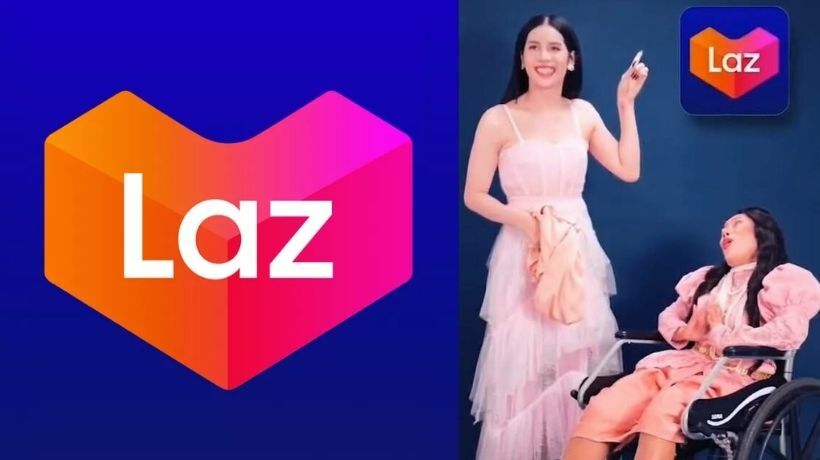 E-commerce platform Lazada has removed a controversial advert from their website which was criticised by Thai netizens as both making fun of disabled people and being offensive to Thailand’s monarchy. Lazada have since issued a statement apologising for the advert.

Lazada is a huge online store where people and companies can sell from their own inventories on the platform, based in Singapore, and the largest online store in South East Asia.

The video which caused all the fuss, posted on TikTok yesterday to promote a Lazada sales campaign, features a transgender influencer known as Nara and another female influence known as Noo Rat. Nara wore a long dress and played the role of a daughter looking after her disabled mother, played by Noo Rat, who wore traditional Thai dress and sat in a wheelchair.

Thai netizens critcised the video as being offensive to disabled people, and the hashtag #banlazada began trending on Twitter shortly after the campaign was launched, with a total of 102,000 tweets using the hashtag by this afternoon.

Some royalists felt that the characters played by the influencers could be construed as mocking a member of Thailand’s royal family who uses a wheelchair. Insulting the monarchy – or lèse majesté – is a very serious offence in Thailand punishable by heavy prison sentences, no matter how tenuous.

After the video went viral, the video was deleted from TikTok. This morning, Lazada issued an apology saying what happened was an “unacceptable mistake” and “a result of our oversight.”

Lazada made the following statement…

“We fully recognise that the content was hurtful and demeaning to human dignity. As soon as we became aware of the incident, we immediately demanded the post to be taken down… Our brand does not condone the mockery of others including those with disabilities. It is absolutely unacceptable and a breach of Lazada’s value of being respectful and inclusive.”

Nara posted a video in which she insisted that she and Noo Rat didn’t intend to mock anyone or insult disabled people. She urged her followers to listen to her and “not overthink” the issue.

Intersect Design Factory, the advertising company who hired the influencers, posted an apology on their Facebook page yesterday evening taking responsibility for the incident. They said they will improve their work next time.

However, many netizens said the content was unforgiveable and they have already deleted the Lazada app from their phones.

Leo
Lazada was acquired by Alibaba several years ago and injected Taobao designs, including LazMall (copy of TMall) and Chinese sellers shipping from China. It's known for good pricing, cluttered design, an app that's just acceptable and sometimes dubious quality (or…