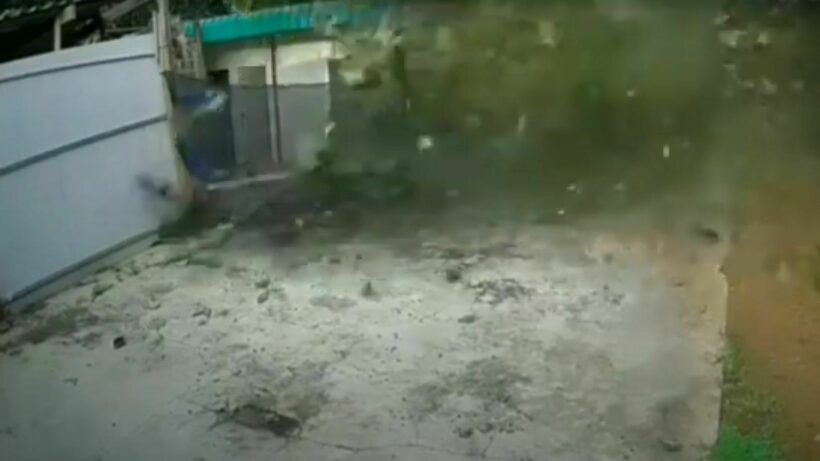 10 people who were isolating at a temple in the northeastern Thai province of Chaiyaphum returned from getting Covid tests yesterday to discover the temple they had been isolating in had been struck by a landslide while they were out.

Rocks, dirt and other debris had propelled down the hillside and partially destroyed the monastery that was being used as an isolation centre. The landslide happened around 7am yesterday morning and followed several days of rain in the province. The residents had left the centre at 6am for Covid tests and were thus spared possible injuries or even death. They got back to what was left of the temple around noon.

Temple abbot, Phra Boonsong Siripalo says the landslide greatly damaged the toilet block of the building, which was where the monks usually stayed. According to a risk appraisal site, Chaiyaphum’s landslide susceptibility is rated as “medium“.

3 years prior, after days of heavy rain, landslides in northern Thailand killed 7 people.