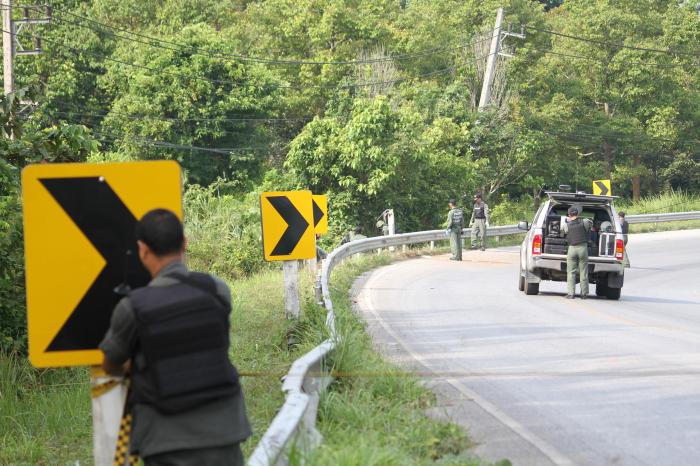 THAILAND: Four suspected insurgents and a ranger were killed in two clashes in a mountainous area in Narathiwat’s Chanae district yesterday.

The first clash occurred about 7am, when Narathiwat task force troops and rangers launched a joint operation to raid a camp of the suspected insurgents in the mountainous area behind I-Kros village in Chang Puean sub district.

Intelligence agencies learned that the insurgents hiding at the camp were from the same group that seized Joh I Rong Hospital on March 13.

The rangers and troops had to walk about two hours to reach the camp. When they arrived, the insurgents were alerted and started firing at them.

The two sides exchanged gunfire for about 20 minutes before the insurgents retreated. Three bodies of suspected insurgents were found at the scene.

Authorities then followed traces of blood and found a group of suspects fleeing to Ra-gnae district. The two sides exchanged gunfire for about 10 minutes before the insurgents retreated. Another suspect was killed and a ranger, Anusak Amrod, was shot dead during the gunfight.