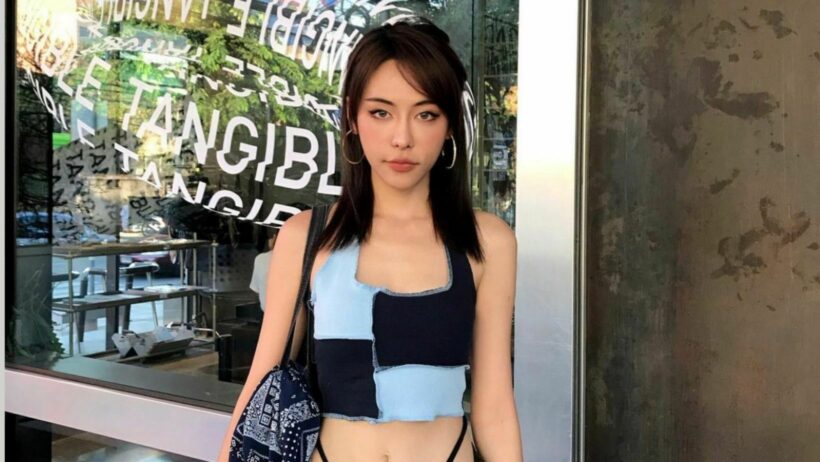 Anna Vidhyaphum, who is seeking a seat in the Bangkok City Hall Assembly under the Ruam Thai United Party, became the first person to step forward to claim that she had been allegedly raped by Democrat deputy leader Prinn Panitchapakdi. Around 20 others have made similar allegations, with some reporting Prinn to the police for alleged rape, sexual assault, and sexual harassment.

At a press conference on Thursday, he claimed that he’s innocent and he’s “not that type of person”. With the allegations piling up he decided to quit the position so he could fight against the numerous claims and accusations that had surfaced in recent weeks.

Anna decided not to tell anyone until after Prinn’s media conference yesterday when he announced his resignation from the party. When she found out that she wasn’t the only one who was abused by the same man, many women have since come forward with their own stories and allegations.

Anna felt it was necessary to speak out and stand up for herself against the man they’ve accused and similar violent acts. She’s since reported to the police before speaking out.

She was asked why failed to come forward immediately after what had happened. She explained that it was very difficult for her to deal with the trauma at the time. She says she dealt with the fallout by raising her antidepressant drug doses.

She remembers the apartment and other details. She noticed that there is a similar pattern and tactics used when she heard the statements from other females. Reporters kept pushing her for more information… she told them that it’s been over a year since the incident happened in March 2021, and “there isn’t a lot of evidence”.

Anna stated she met Prinn at a family gathering last year. He invited her out for lunch at an apartment building on Sukhumvit where he allegedly harassed and raped her.

Prinn Panitchapakdi graduated at London school of Economics and is the eldest son of former Deputy PM Supachai Panitchpakdi. From 2002 to 2005, he served as the Director General of the World Trade Organisation. Prinn was also nominated by the party to, ironically, advocate against violence against women in 2019.

“Some victims blamed themselves, that they have been fooled or now have a stigma. I want this to be about rape and not politics. I just want the justice system to function. It has become a common thing for politicians to do these kinds of things repeatedly and get away with it… We don’t know how many people he has done this to.”

Benroon
On 4/16/2022 at 3:18 PM, NorskTiger said: It matters little if more people add-on to the same accusations, IMHO. This is still not evidence. In this MeToo era it is refreshening to know that there are still countries who…
NorskTiger
13 hours ago, Fanta said: I agree that false accusers should be punished harshly if the accusations are judged to be made solely to defame a person. Finding a person innocent doesn’t always mean the accused is innocent, sometimes it…
NorskTiger
1 minute ago, Benroon said: It doesn't seem to matter what the subject is, you don't appear to consider rape a crime at all or at worst not to be taken seriously. If a dozen or so women come forward…
Mazz11
6 hours ago, NorskTiger said: Your first point is simple to answer. If you are DISABLED and need us others to pay for your upkeep, I believe forfeiting the right to drive would be an easy deal. If you…
Fanta
The problem with sexual assault allegations lodged long after the crime is allegedly committed is that there is often no physical evidence. “He said VS she said” Look at this case - a date, dinner, back to his place, sex,…