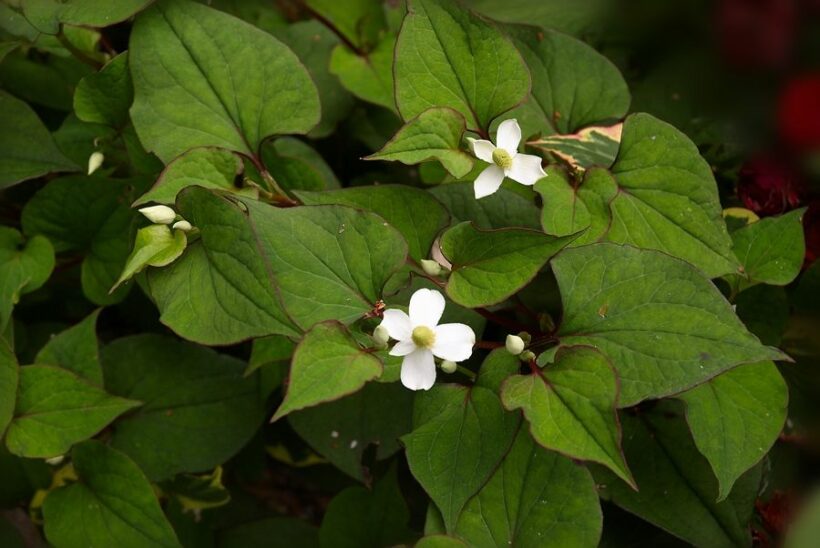 Medics from the National Cancer Institute are urging Thai netizens not to fall for internet claims that a herb known as Khao Thong can cure cancer. The herb, with the scientific classification, Houttuynia cordata, is also known as fish leaf or heart leaf, but Jida Rojanamethin from the National Cancer Institute, says social media users shouldn’t believe unsubstantiated claims about its potential to cure cancer.

“Misunderstanding could lead to health risks or reduced chance of success when receiving standardised treatment. Although this herb is good for your health, one should also eat the 5 food groups proportionately as well as avoid cancer risk factors such as smoking and drinking.”

His words are echoed by Somsak Akksilp from the Department of Medical Services, who says patients shouldn’t credit the herb with healing properties that simply aren’t there.

“Khao Thong is a Thai traditional herb in the Saururaceae family, which is rich in anti-oxidants of the polyphenol group, such as flavonoid and chlorogenic acid. However, there is no conclusive study proving that it is effective in treating cancer in humans.”

Somsak’s warning is similar to one he issued earlier this year, when he had to refute online claims that bitter cucumber could cure cancer.

For legitimate advice on cancer treatments and other medical information, patients are advised to visit the website of the National Cancer Institute (Thai only) or that of the Department of Medical Services.