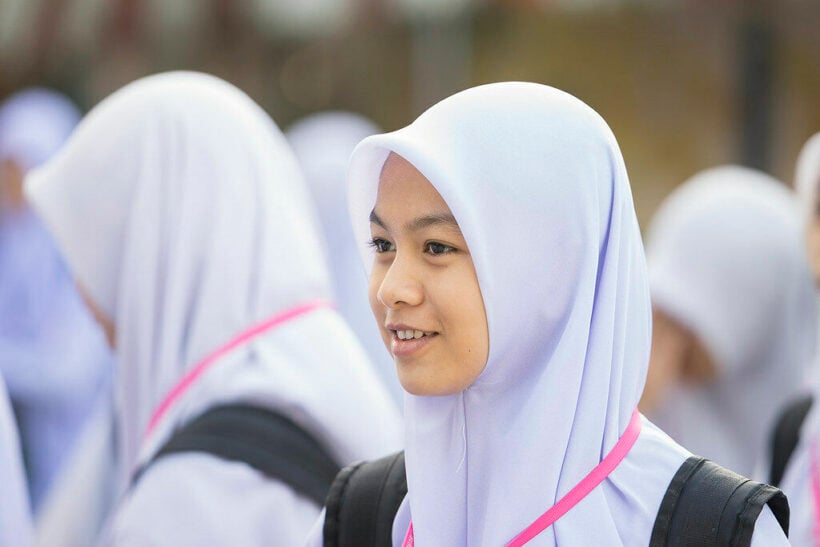 The court has lifted a ban on hijabs set four years ago at a school in Pattani, southern Thailand. The school claimed that wearing a hijab – or Islamic headscarf – to school went against the Education Ministry’s regulations. Four years of court battles between the school and parents finally ended yesterday when the Yala Administrative Court announced a ruling which voided the school’s ban.

Anuban Pattani School, a kindergarten and primary school in southern Thailand, is located inside the grounds of a Buddhist temple. The majority of its students come from Buddhist families, but the school is located in Pattani province, where 86% of the population are Muslim.

On May 16 2018, the then-director of the school issued an order banning students from wearing a hijab or long trousers to school. Around 20 parents signed a letter requesting that the ban be lifted and submitted it to the court. After a four year long legal battle, Muslim students can now dress in accordance with the Islamic dress code while they study.

The court’s ruling sends a message to the Islamic community in Thailand that they have the right to practise their religion, according to one mother with a child studying at Anuban Pattani. She says that any rule forbidding religious attire has no place in Thai society.

The court said that Thailand’s constitution guarantees Thai people’s basic rights and freedoms such as the right to practise religion. No institutional regulations are allowed to curtail such rights.