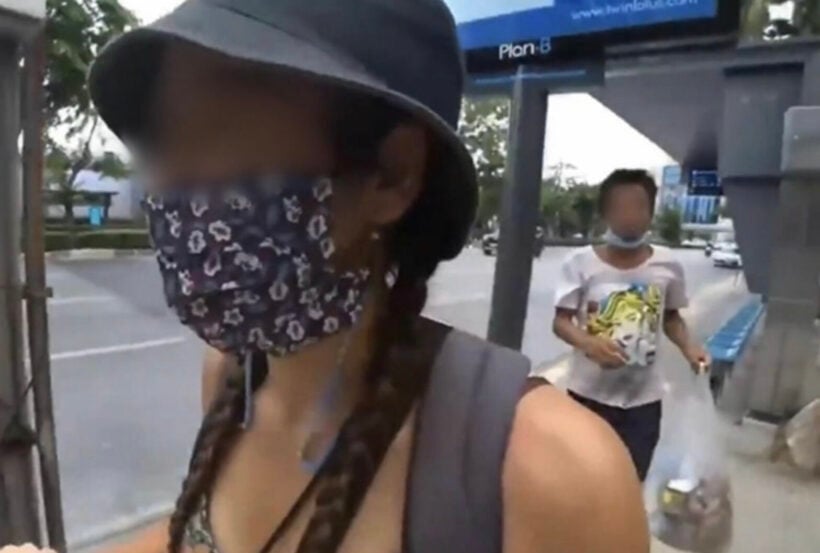 Police are searching for a man who was caught on camera sexually assaulting a Canadian woman near Bangkok’s Lumpini Park while she was doing a live stream video for social media. The video shows the man running up to the woman from behind and appearing to reach is hand down below her waist.

The woman made a post on Twitter saying that she was going to report the incident to police.

I’m not streaming tomorrow. Going to police to report the incident that happened this afternoon. It’s gonna be traumatic but I must to make sure this doesn’t happen to any other girls. Or anyone else! Thanks for all your support today and your love!

Deputy Metropolitan Police chief Piya Tawichai says officers have done an initial investigation and believe the man is homeless. Police are now searching for the man.

“We checked the CCTV footage and found that at around 1:18pm on Thursday, the victim — a social media streamer — was broadcasting her live video on Wireless Road near Gate 1 of One Bangkok Building, when she was sexually assaulted by a man”.