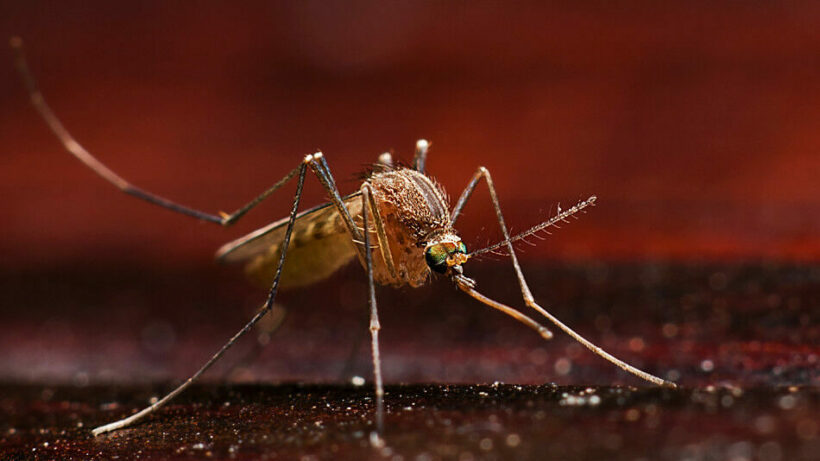 Dengue fever is reportedly on the rise in Bangkok and the Department of Disease Control says the number of dengue infections in the capital reported from January 3 to July 3 is “unprecedented,” according to Nation Thailand.

During the six month period, a total of 1,043 people in Bangkok tested positive for the mosquito-borne illness, which is also known as “breakbone fever” because of the common symptoms of muscle and joint pain.

In Thailand, there have been 9,878 dengue infections and four deaths linked to the disease from January to July. The provinces Ranong, Rayong, Nakhon Pathom, and Mae Hong Son also have high infection rates.

Previously, the DDC had launched an anti-dengue campaign in Bangkok. The campaign pleaded with residents to make sure their homes, as well as the surrounding area, were clean with no stagnant water where mosquitoes could breed.

Dengue is a virus that is spread when a mosquito bites someone. The bite can then lead to a fever and produce flu-like symptoms. When dengue fever takes a more severe form, called dengue hemorrhagic fever, there can be serious bleeding and even death. Symptoms of dengue include rashes, headaches, puking, and pain behind the eyes.

Soidog
1 hour ago, bushav8r said: In the early days of the Covid pandemic when Thai people seemed to be mostly Covid free,  it was suggested that previous exposure to Dengue fever could help to make people immune from Covid.  I…
9S_
59 minutes ago, Soidog said: Yes I recall a similar article. Some suggestion that there was a link between the two. I also understand Thais have a naturally high level of protection against Malaria which strengthens as they grown from…
Lawyers_Guns_and_Money
Just now, 9S_ said: This guy also claimed that prior experiences to human coronaviruses “supposedly” provided immunity to a lot of Thais. And Thailand has a lot of experiences with coronaviruses being located in Southeast Asia Starts around 6:50 https://www.reuters.com/article/us-health-coronavirus-brazil-study-exclu-idUKKCN26C27E…
DiJoDavO
For the entire country, there have been a total of 9,878 dengue patients and 4 deaths, as of now. Oh that's nothing compared to Covid with 748376483736474858484673383736388484 cases and 8373878494376262726363627366363634 deaths.

AussieBob
2 hours ago, Soidog said: Yes I recall a similar article. Some suggestion that there was a link between the two. I also understand Thais have a naturally high level of protection against Malaria which strengthens as they grown from…