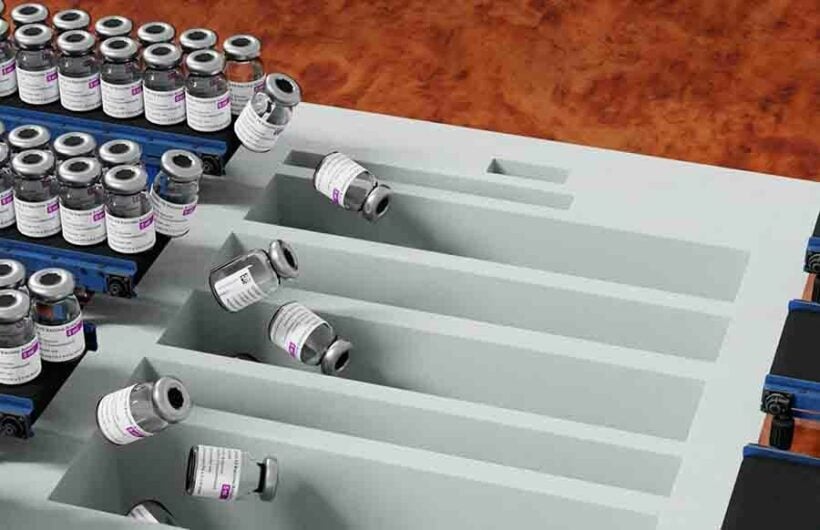 A piece captioned "Undisclosed Relocation" by Uninspired by Current Events

An anonymous Thai artist is using the current crisis as inspiration for work that highlights what he sees as the government’s mismanagement of the pandemic. According to a Coconuts report, the artist, known only as Uninspired by Current Events, has produced images of lab rats being given random vaccines and armed police wearing panda masks and opening fire. A more recent image is that of a dead body covered by a shroud and lying in the street, with traffic cones around it, a nod to recent news reports of dead bodies in Bangkok streets.

The artist has not revealed much about himself, other than to say he is 29 years old and “unfortunately” still living in Thailand. His Facebook account was created in June and has already amassed over 63,000 followers, while on Instagram, he has over 82,000 followers. His bio states that he creates art every day, inspired by fast-moving events, describing his work as, “surrealism animations inspired by life in an authoritarian regime.”

“My work started as a form of self-therapy. I needed an outlet for all the news you get as a Thai person. I make an effort to make my art relatable without relying on overused tropes because it feels good to be able to contribute to the conversation in a unique way.”

gummy
15 minutes ago, Thaiger said: An anonymous Thai artist is using the current crisis as inspiration for work that highlights what he sees as the government’s mismanagement of the pandemic. According to a Coconuts report, the artist, known only as…

gummy
14 minutes ago, HolyCowCm said: Unfortunately and sad. They have an interpretation law that covers just about everything not even thought of. yes its called "the Law of the Dictatorship", common in a few countries