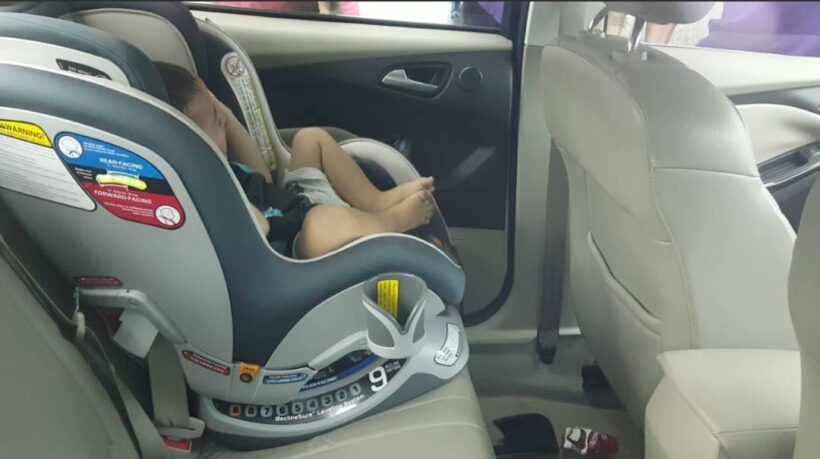 Rescuers had to break a car’s window after its doors automatically locked with both a toddler and the car key inside in Phuket’s Mueang district on Thursday morning.

The mother, 36, whose name was withheld, sought help from the people nearby after she was unable to open her car door, and police and rescuers were alerted at 8.40am.

The mother said she took her one-year-old son with her while shopping, and did not leave him in the car. When she returned to the car, she opened the back door and put her son in the baby seat but made the mistake of placing her keys near the console.

She closed the back door and walked to the driver side to open the door but the automatic locking system had already locked the doors. Officials from a local foundation tried various means but were unable to unlock the doors. The mother eventually agreed to allow a window to be smashed.

Dugong found dead on a beach in Rassada