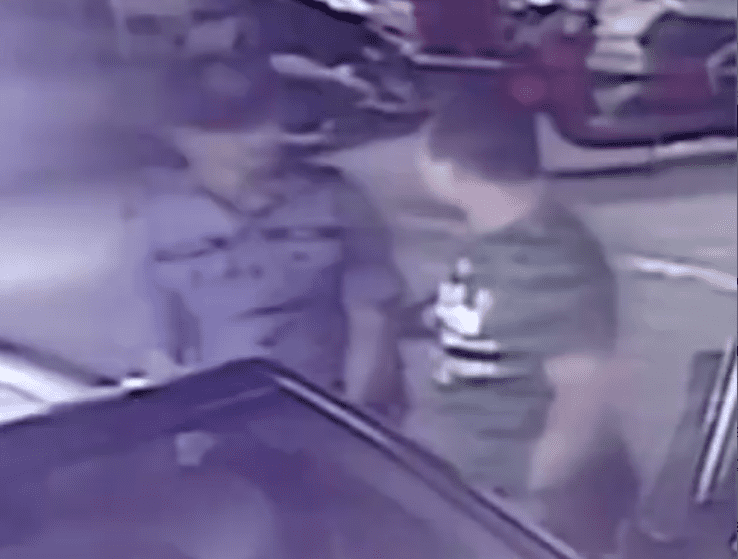 A bar owner in Patong, 37 year old Chana Thammawichai, the owner of the Mercedes in the video on social media, punched a hotel security guard, 27 year old Jetsada Thong-Iad, just because the guard didn’t open the barrier for him. Khun Chana has been arrested.

The 4 minute footage of the attack shows that the man driving his convertible Mercedes and parking in front of a hotel on 200 Pee Road, Patong. Chana got out of the car and start arguing with the security guard then grabbed the guard’s shirt collar and dragged him to the car.

He asked the passenger in his car to get out before searching for something inside while still grabbing the security guard. He started arguing again before punching Jetsada in the face making him fall onto the road. Chana kept kicking and trampling him until the guard was unconscious. Then he dragged the guard to the security booth and fled.

Police discovered later that Chana owns a local bar in Patong’s OTOP market on 200 Pee Road and tracked him down on the same day.

PATONG SECURITY GUARD ATTACKEDA bar owner in Patong, 37 year old Chana Thammawichai, the owner of the Mercedes in the video on social media, punched a hotel security guard, 27 year old Jetsada Thong-Iad, just because the guard didn’t open the barrier for him. Khun Chana has been arrested. Read more about the story here…https://www.phuketgazette.net/news/mercedes-driver-knocks-hotel-security-guard-patong

He told the police that he was sending his friend to the hotel and admitted that he attacked the security guard because the security guard didn’t open the barrier at the gate for him. He also admitted that he had a BB Gun with him during the argument. He claimed that he has a license to possess and use guns. The police seized the BB gun with its magazine as well as another registered gun.

“He got angry and drove to the exit and another security guard at the exit talked to him before being attacked.”