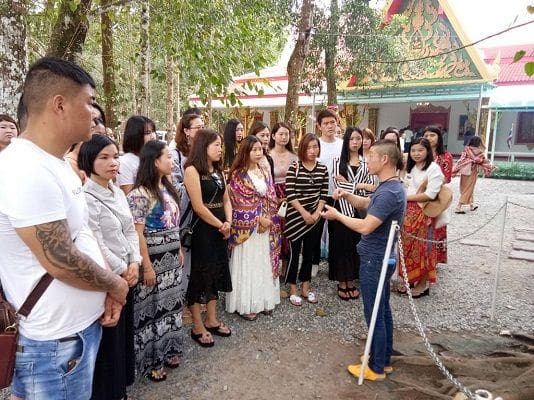 Hundreds of Chinese tour buses are clogging the tiny streets around ‘old Kathu’ on the northern side of Phra Phuket Kaew Road every day to drop the tourists off at the Kathu Temple. The temple now has a full commercial operation offering religious amulets, some of them selling for 20,000 baht and more.

Tourists are guided around some of the temple’s displays and artefacts, and told stories about the displays, real or otherwise.

Spotlight Phuket, who went public with the story of police corruption in Patong last October, has described the commercial enterprise as a ‘scam’.

Speaking to two people involved in the daily operations of the tours on site, they admitted that the temple was working in conjunction with a Chinese tour company.

The tourists are being told that the amulets will ‘give them good luck’. We weren’t able to get any proof of these claims. 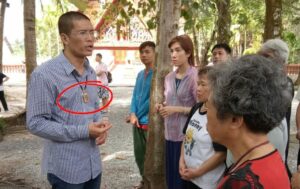 The temple’s commercial activities are another example of innocent Chinese tourists being dropped off at various activities, not included in their original agenda, where they are ‘encouraged’ to purchase over-priced, gems, latex (rubber products), herbs and herbal products, dried fruits and, in this case, religious amulets.

The issue of a Buddhist community temple being involved in questionable commercial activities is now being investigated by concerned local officials and police. A translator who works with one of the Chinese tour companies visiting the temple, says that the bus companies are being offered around 50% of the sales made to their tour groups as an incentive to bring the bus groups to the temple.

In the meantime the buses are causing traffic problems with the small streets of the adjacent village completely unsuited to the large buses meandering through the roads to get to the Kathu Temple. 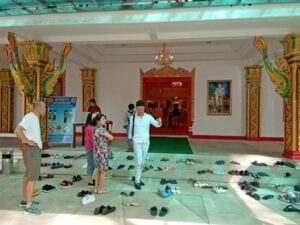 US ambassador shares concerns about tourism in Phuket