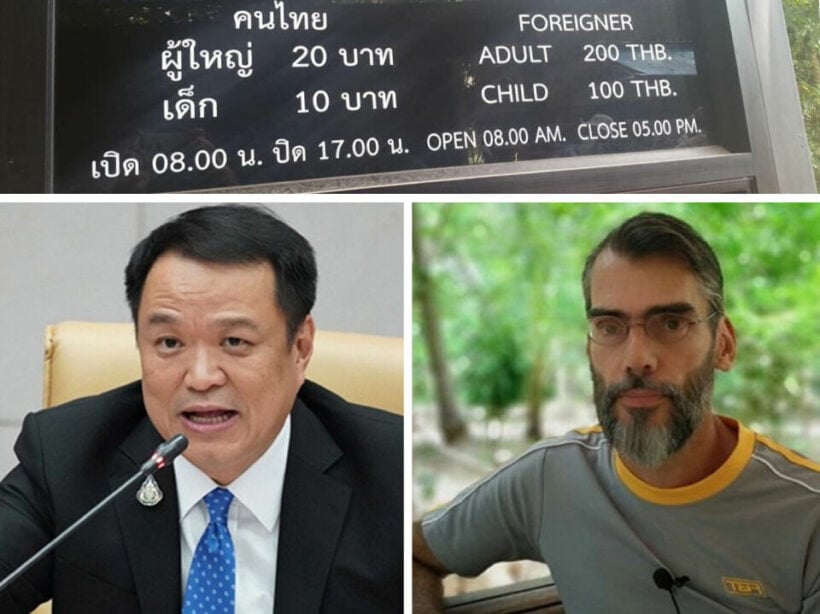 Courts are preparing to hear final arguments on Tuesday in a case that a Dutchman has been fighting for several years to end the dual pricing system many foreigners experience at hospitals in Thailand. The anti-discrimination suit was filed two years ago by Erwin Buse, after being routinely charged extra fees for his cancer treatment at Hua Hin Hospital.

The final hearing will commence Tuesday in the Administrative Court in Phetchaburi province where the man has named the Health Ministry and Public Health Minister Anutin Charnvirakul in his lawsuit. Erwin, a Dutch expat living as a goat herder with his wife in Prachuap Khiri Khan, will represent himself against lawyers for the Health Ministry.

He has battled on grounds that it is unconstitutional to charge higher fees, the so-called dual pricing, for non-Thais and tourists. He claims that the fare structure is discriminatory and violates the Constitution as well as regulations that set public hospital fees based on the actual costs. Erwin is asking that rate structures be restored to the standards followed since 2004.

In September 2019, public hospitals launched new rules with a 4-tier pricing system based on legal status within Thailand. The lowest prices were charged for citizens of Thailand and prices might be the same or slightly higher for those who come from other ASEAN or neighbouring countries.

But fees start to climb significantly at the third tier for people on non-immigrant visas like working foreigners and expats. And dual pricing is evident as costs often skyrocket for the fourth tier which includes international tourists and those who are retired in Thailand.

The case cited example dual pricing for antibody screening where the first two tiers pay 130 baht and the expat tier pay 190 baht, but the fourth tier for tourists and retirees pay double the original price.

Many brush off these differences as a few baht but for larger treatments and operations, the difference can be massive. For example, a spinal MRI cost a Thai person 18,700 baht while a tourist will pay nearly 10,000 baht more at 28,050 baht.

While Erwin can’t comment on the actual case details, he did insist that the battle is on behalf of many tourists and expats who have been a victim of Thailand’s dual pricing system.

“I’m representing all the foreigners living in Thailand. It’s not about me. This is not my personal case.”

Stonker
34 minutes ago, dimitri said: Isn't it more honest to admit that you are talking nonsense and cannot give a real example? If you'd explain what's wrong with the several examples you've already been given, by myself and by others, …
Stonker
42 minutes ago, dimitri said: I can give you the names of many EU countries where tariffs for healthcare are regulated and the same for every hospital. For all hospitals, private and state, including all room and service charges? Or…
Stonker
1 hour ago, dimitri said: This is a wrong example of dual pricing. When a Thai family would move to NL their children will pay the same fees.  I'm sure @cockneyboy can answer for himself if he can be bothered,…
Stonker
1 hour ago, dimitri said: I can guarantee you that there are no discounts for Dutch residents at museums and that transportation rates are the same for residents and tourists. There is no museum who has the right to ask…

Soidog
On 9/20/2021 at 8:43 AM, Griff1315 said: I truly give up with you if someone said that water was wet you would find your way into a argument to say differently. I personally have better things in life than to…