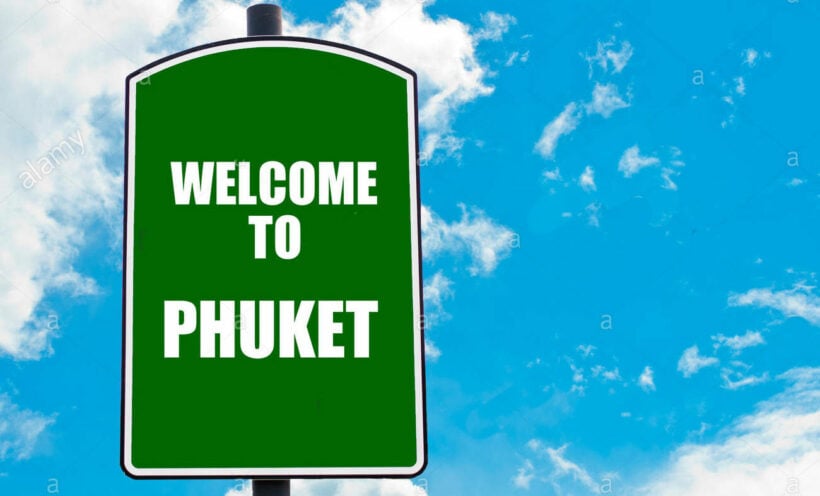 Following a few days of negative publicity over its dual-pricing policy for rapid Covid antigen test for passengers at the airport, or at Tha Chatchai checkpoint for people coming by road, you would have thought there’d been some “there’s been a misunderstanding” noises coming out of city hall.

In fact Phuket officials are doubling down on the controversy that sees foreigners charged 500 baht for the rapid test, even if they have a work permit and pay into the local health insurance, if they have to get a Covid test when they arrive.

When people arrive on the island they either have to have a negative PCR test from the past 72 hours, proof of being fully vaccinated OR take a rapid antigen test. For Thais the charge for that test is nada, nothing, zero. For foreigners, all foreigners, the charge is 500 baht. Earlier the local government said that everyone would be charged 300 baht each. But some public servant had a ‘cunning plan’ and changed the policy to Thais – free, Foreigners – 500 baht just a day later.

Whilst comments on the internet huff and puff about boycotting the island and raging about the 2-tier pricing (it’s a popular clickbait topic by bloggers), officials merely said that people should just wait until May 1 when the policy will be lifted anyway. When the Phuket Governor announced the arrival procedures earlier this week he said that it would run for the rest of April.

Jatuphong Kaewsai from Phuket’s Provincial Hall fobbed off enquiries by confirming with Coconuts that not even tax-paying foreigners are exempt from the policy, and…

“If they want to travel to Phuket without having to face such a problem, they can come on May 1.”

He also reminded passengers that “travellers with proof of vaccination or a negative test result are exempt from testing”.

That’s all very well but, so far, there’s been a paucity of foreigners offered or scheduled for a Covid vaccination, even on Phuket where the roll out is well advanced compared to the rest of the country.

With the rising number of cases, particularly in Bangkok, a major feeder market for the island, and Phuket’s own rising infection load, it remains likely that the policy could be extended beyond the end of April.

Here’s a sample of some of the comments made on The Thaiger about the mater, not all condemning the policy…

Face masks required in 31 provinces, fine is 20,000 baht for not wearing