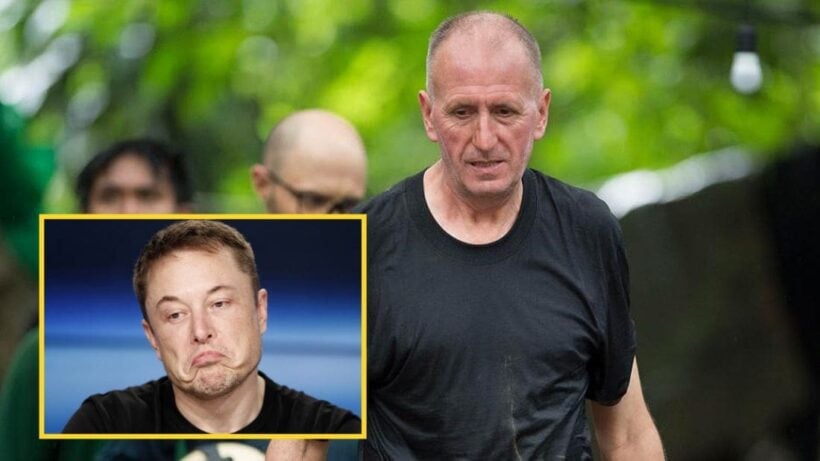 Elon Musk, the man behind the Tesla electric car and a billion dollar tech empire, has again attacked the British Chiang Rai resident who was part of the large international effort to rescue the Mu Pa 13 from the Tham Luang Caves in July.

In an email to BuzzFeed News, the Tesla CEO launched into his third verbal assault on Vernon Unsworth accusing him, without zero evidence, of being a ‘child rapist’. In the past the accusations included the terms ‘pedo guy’, an inference that Mr Unsworth was a pedophile – completely groundless allegations.

Vernon Unsworth has told The Times that the billionaire’s allegations he had a ‘child bride’ and had moved to an area notorious for child sex trafficking were “100 per cent” untrue and “very hurtful”. He said he met his girlfriend, Woranan Ratrawiphukkun, in London and that she is a very successful businesswoman before he met her.

Originally from St Albans in Hertfordshire, Vernon is preparing to start legal action against the tycoon. He is considering using the courts in Thailand, which could lead to Mr Musk receiving a jail sentence. Libel can be a criminal offence in the country and can result in a lengthy prison term.

Last month Musk doubled down on his original insult saying it was ‘strange’ that Mr Unsworth hadn’t sued him for the July comments.

In the email sent to BuzzFeed News, Musk said… “I suggest that you call people you know in Thailand, find out what’s actually going on and stop defending child rapists, you fu**ing ass**le.”

During the rescue at the Tham Luang caves Vernon Unsworth made separating comments about Musk’s invention of the ‘rescue submarine’ saying that it was a ‘publicity stunt’ and was totally unsuitable for the rescue. It was in response to these comments when Musk made his first assertions about Unsworth being a ‘pedo guy’.

Shares in the Tesla company have dropped 1.1% since Musk’s latest outburst and shareholders have been concerned over the tech-guru’s ‘unhinged’ commentary.