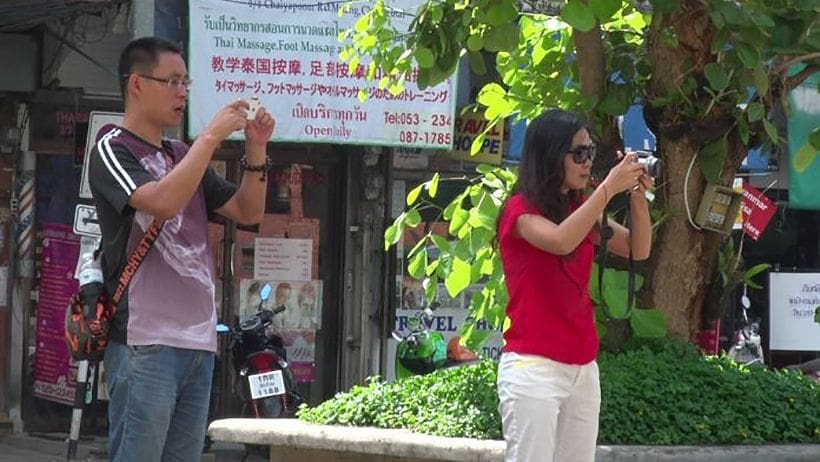 A crisis meeting for tour operators has been held in Chiang Mai where they learned that Chinese tourism was down 50% in the first nine months of 2018.

Some measures were put forward to woo them back – including setting up Chinese language classes to improve communication with the tourists from China.

Reasons blamed for the big drop included the boat tragedy in Phuket and negative publicity from the Don Mueang airport security guard slapping the Chinese passenger. The Chiang Mai News say that “the Chinese were feeling disrespected.”

There were lots of stories discussed about misunderstandings so it was proposed that the authorities set up Mandarin language courses. Other proposals included setting up a call centre, especially for the Chinese.

Everyone concurred that something had to be done to stop any further drop in numbers. The strength of the Thai baht and the weakening Chinese Yuan were also mentioned. Many agreed that a good start was made by immigration to stop under the table payments with the “No Tip” signage.