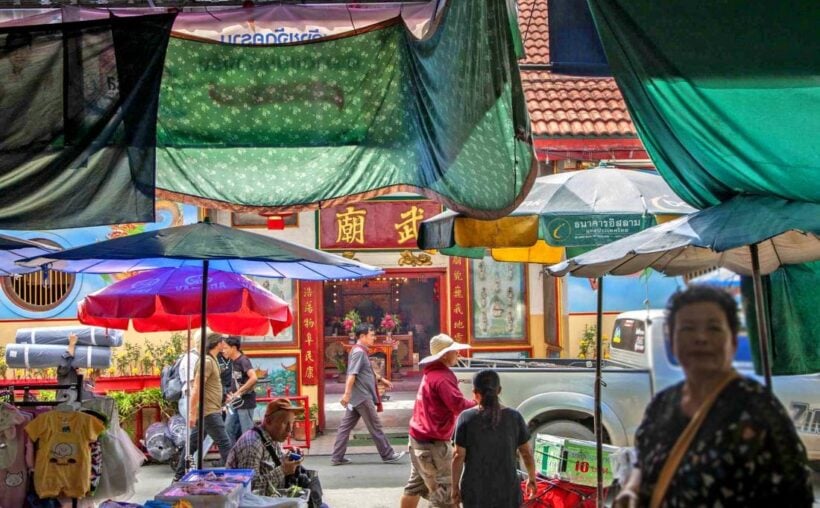 “The plan is to promote traditional, conservative activities such as temple routes, sightseeing tours in the old city and visiting craft villages.”

Visroot Inhyam, the director general of TAT’s northern region outlined the main issues for tourism promotion in the region that’s clustered few areas that are already well known in the market.

“When events are held repeatedly in the same place, what happens is the destination is swamped with people. The question we, and business-people, need to ask is how to spread the crowds to other areas in the region,” said Visroot. He pointed out that income distribution is the ultimate goal for the local TAT office.

Chiang Mai has welcomed approximately 10 million visitors from January to August this year, a 4% growth from last year, generating over 95 million baht.

Visroot said the majority of tourists continue to be Thai while 30% are international visitors. Among Thai visitors, 40% are from the central region with a large number from Bangkok, and about the same ratio from northern Thailand while the other regions are less than 10%.

Chinese travellers remain the largest international inflow for 2018 followed by those from the US, Japan and UK, with an average stay of three days and spending about 4,000 baht per person per day.

“This year’s target markets are the same groups – millennial who are below 30 years old, the silver age, female travellers and millennial families under the concept ‘amazing stories of the north & local hero’.”

“Millennium people love chic and cool crafts and Chiang Mai is so rich in that,” said Pakkanan presenting last year’s events and reported in the Chiang Mai City Life.

The most popular events include Sawassdee Craft, Chiang Mai Design Week, Baan Tawai Creative Craft Village and more. While the ‘silver age’ group who are retired people, the office sees that they have plenty of free time and less bound to their work.

As for woman travellers, next year the office will concentrate on local textiles, focusing on Mae Chaem and San Kamphaeng and as to the millennium families who enjoy hands-on kids friendly experience, the promotion will be on local farm stays.

The target for next year is to increase domestic travallers by 10% and international travellers by 12% with the revenue growth at 11.5% from this year.