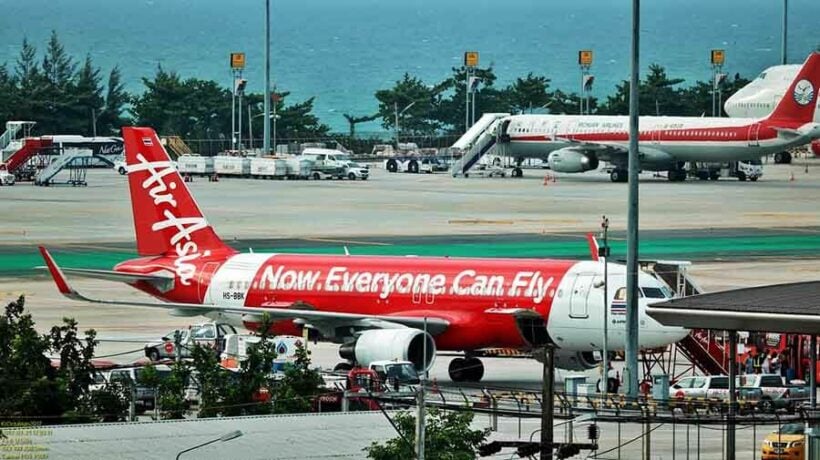 Asia Aviation, the largest shareholder in Thai AirAsia, says the latest partial lockdown threatens TAA’s financial status, with no government aid forthcoming. AA executive chairman Tassapon Bijleveld says the industry has been limping along without any help for over a year now and wants to know how the government expects to collect tax once large businesses collapse.

In a Bangkok Post report, Tassapon says TAA’s liquidity is in a state of emergency, with the airline having to borrow funds in order to pay salaries this month. TAA is currently undergoing a restructuring process, with new investors providing a loan of 3.5 billion baht, but Tassapon says the process has faced delays as further talks with the authorities became necessary.

Meanwhile, the carrier has suspended all domestic flights, the first airline to do so once the partial lockdown was announced. According to Tassapon, exceedingly low demand meant it was pointless to continue operating.

“We stopped all flights last week as there was little demand with only 30 – 50 passengers per flight in July. The government never responded to our demands for soft loans which have been requested since the first lockdown last year. The ban of domestic flights now has worsened the situation. We hardly see a way out from this circumstance.”

According to Tassapon, 7 member airlines of the Airlines Association of Thailand will meet this week and call on the government to help. It’s understood that the 7 airlines have a workforce of over 15,000 between them. Tassapon has issued a warning that should airlines be allowed to collapse, as has already happened with some, the government will struggle to collect tax revenue next year.

“The government might not be able to meet tax collection targets as many big taxpayers are losing their financial status. With a tremendous loan of 3.3 trillion baht that the government has to repay, how can it sort out the budget if it is missing a large contribution from corporates?”

Jay79
Hmm, believers in karmic retribution may see this as just reward for Air Asia failing to provide refunds for flights they cancelled at the time of the outbreak in March 2020. A simple search online will show legions of disgruntled…

SickBuffalo
29 minutes ago, Jay79 said: just reward for Air Asia failing to provide refunds for flights they cancelled at the time of the outbreak in March 2020. A simple search online will show legions of disgruntled customers who have not…

gummy
13 hours ago, SickBuffalo said: The government support that the airlines and every other business in Thailand actually needed was for the government to order 50m shots of Pfizer last September, when everyone else was ordering them. Everyone would be vaccinated by…

shanghailoz
14 hours ago, SickBuffalo said: Yup, I'm one of them. They made it almost impossible to reach the menu that allows you to select a cash refund, then a week later pretended that all those people had asked for a credit…