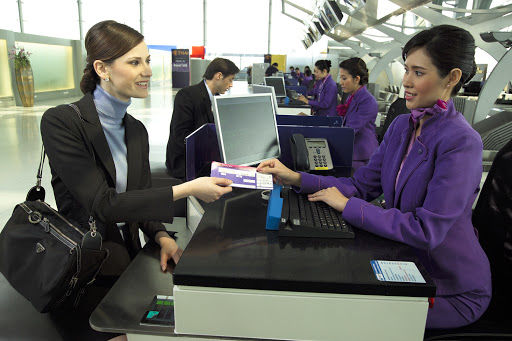 But now, they are being asked to first pay for their medical bills out of their own pockets and later apply for reimbursement.

“This came as a huge financial burden to many Thai Airways’ employees.”

“These employees are left with no other choice when it comes to accessing medical care as they are still unable to immediately switch to either the universal healthcare scheme or the social security system’s healthcare program.”

Now the national airline has become a private company, albeit majority owned by the Thai government and institutions, many employees have been unsuccessful in switching to these two healthcare schemes because of some technical problems.

“The cancellation of a shuttle service for staff working the graveyard shift has also resulted in security being compromised for many female staff travelling on their own at odd hours and a massive rise in their travel costs.”

This is especially true for airline staff working at airports located a distance from city areas such as Phuket airport.

Araya Kaeo-pradap, one of the SERC representatives, said these problems “should have been settled through dialogue”, which she had not observed.

In a separate development, Thai Lion Air and Thai AirAsia X (the international offshoot of Thai Air Asia) have both asked to suspend their flights for another month, according to a source city comments from the Civil Aviation Authority of Thailand.

Both the majority Thai-owned airlines had previously been allowed to suspend flights from March until the end of June.

Meanwhile, the national flag carrier is negotiating with regulators in 3 countries to protect its assets, including aircraft, from being seized by creditors. The Thai cabinet was informed about the filing of debt rehabilitation requests in foreign countries by Deputy PM Wissanu Krea-ngam, who chairs the committee tasked with coordinating a solution to the airline’s problems, last week.

The airline has petitioned courts in Switzerland, Germany and Japan, and submitted a similar request in the US, where its creditors are based. The petitions, if approved, will protect the company against its aircraft being impounded overseas.