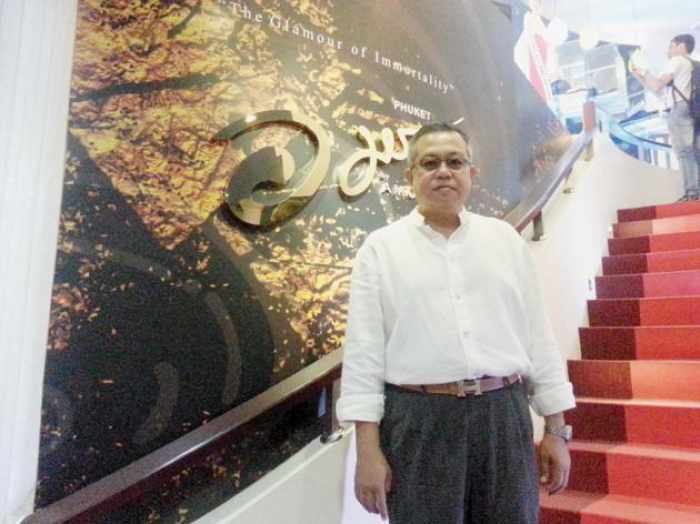 President Amorn Intorncharoen said last week that the company realizes that to become the leading pearl trader and integrated farm operator in the region – in the face of the seamless trade promised by the fast approaching AEC integration – trademarks and brand recognition are important. So it has registered its “Amorn Pearl” trademark and its showroom design copyright with the Intellectual Property Department.

“Intellectual property rights are vital for success, as pearls can be produced in many countries. But for the company, we have developed our own techniques and designs to create differentiation and add value to our pearls,” he said.

The company has also received Intelectual Propertry Rights (IPR) protection for its showroom design, which demonstrates to shoppers and visitors the cycle of pearl production from farming, cutting and polishing to trading.

Amorn plans to establish Phuket pearls under the Amorn Pearl brand as a leading global brand by using its 40 years of experience and local folk wisdom in pearl farming to create a sought after luxury commodity.

Tourists and traders can visit the Phuket Pearl Group showroom in Sapham district as well as a pearl farm which supplies the company, located about one kilometre offshore in Sapham Bay, on the east coast of the island.

The firm was a sponsor for the Miss Thailand World beauty pageant last year and was selected to design and make the crown for the winner.

The company will soon patent its new technique to produce blue pearls, which were one of the main materials in Miss Thailand 2013’s crown.

The firm seeks to become a global brand not only to succeed in business, but also to assist local farmers and producers.

Although the value of a pearl oyster starts at only 20 baht, after value is added, a pearl can be worth from hundreds of baht to almost half a million baht.

Phuket Pearl Group employs about 50 technicians and workers, but several hundreds of pearl oyster farmers are involved in the supply chain.

Many foreign and local traders have visited and purchased pearls from the company. The key foreign buyers are from Russia, Europe, the Middle East, India and Asia.

Phuket Airport shops given three days to clean up, or get out