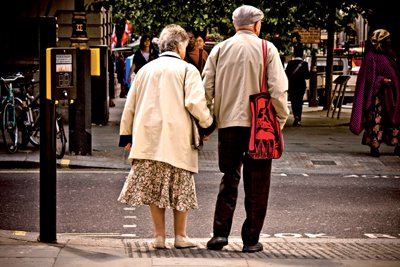 PHUKET: Many expatriates in Phuket with UK pensions have held off on transferring them offshore due to the relative infancy of the industry and the fact that there has been little guidance on some of the more technical aspects relating to the transfers from HM Revenue and Customs (HMRC).

That is all changing as the new legislation introduced recently in draft form is set to go live on the coming “Q day”, as it has come to be known, when the legislation goes into effect on April 15.

The reason for an update of the original legislation is to put an end to the practice of “pension busting”, first made popular in Singapore until their providers were blacklisted by HMRC, and more recently by providers in New Zealand, who were allowing clients to completely cash in their pensions.

The good news is that the jurisdictions which have gone with the original spirit of the legislation, such as Guernsey, ought to emerge in an even stronger position and remain leaders in this market.

Much confusion has come about as a result of the draft bill, particularly of one clause known as “condition four” which states that residents and non-residents of a jurisdiction must have their pensions treated the same for tax purposes. To comply with this Guernsey has already laid the groundwork for a new set of pension provisions to be in place prior to Q day, in the event their lobbying for removal of the clause does not succeed.

The extent and speed with which Guernsey has responded to the draft bill is further evidence of why this jurisdiction is the safest place to transfer your pension. For those of you who have already transferred, you need not worry as the new rules will apply only to future transfers and are not retrospective.

Not all of the changes are good however, and if you have been considering a transfer there are some good reasons to try and push it through before Q-day. The main one of these is a change in the reporting requirements. If you get your pension to Guernsey before April 15, the provider will only be required to report to HMRC for five years from the date you left the UK.

If this is long past then there are no reporting requirements. After Q-day the new rules will mean that from the date of transfer the provider will be required to report for ten years. This doesn’t mean you are liable for paying taxes on your pension income, but it is obviously desirable to be off of the tax radar completely if possible.

The main benefit of transferring to a Qualifying Recognized Overseas Pension Scheme or QROPS are that income is not taxed at source, which in some instances can just about double the net value of a pension overnight simply by moving it to Guernsey.

When you pass on, you also will not have to pay a hefty 55% bill in inheritance taxes. There are also increased investment options, such as those only reserved for the very wealthy back in the UK. Transfers often can take some time, so if you have been considering a pension transfer you might want to speak with your advisor and determine if you might yet be able to make it prior to Q-day.

David Mayes MBA lives in Phuket and provides wealth management services to expatriates around the globe, specializing in UK pension transfers. He can be reached at 085-335-8573 or david.m@faramond.com