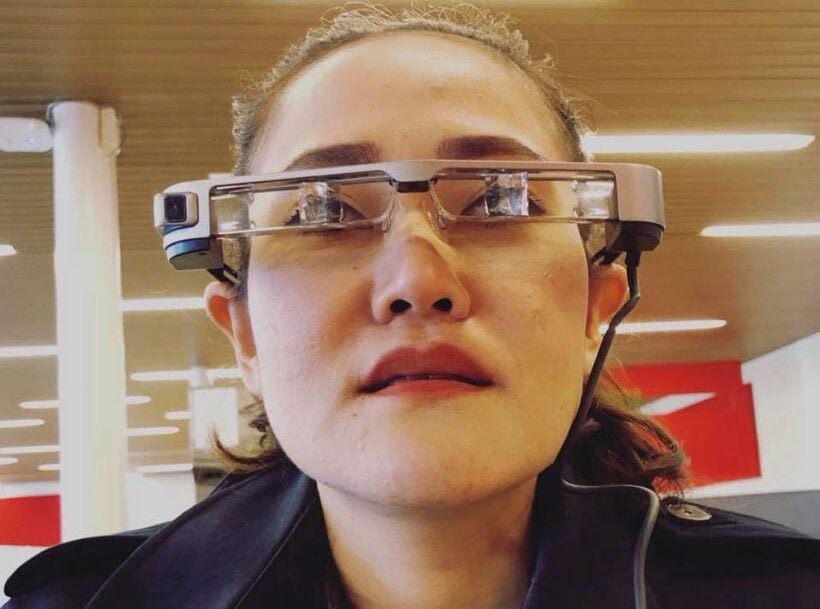 Invacio Research Analytics Thailand, a group subsidiary of Invacio founded by William J D West and led by Linleeya West (Thai – Swiss Educated), have just launched a multi-agent AI-driven analysis system that is designed to clean up politics and expose deceptive practices and statements in video presentations and interviews.

Invacio, as a company, is intent on providing access to high technology to the man on the street and helping ordinary people to help themselves. Whether it is through their recently launched social network, Relevancy, that uses AI to deliver bespoke information to its users, while not selling their information to advertisers, or through offering access to AI-generated financial projections through another of their services, Agnes, they are delivering on their promises to make Artificial Intelligence usable and accessible for everyone.

Building upon the recent launch of Relevancy and Agnes, Invacio’s Phuket based development team have now turned their attention to the release of their, newly created, video analysis systems and potentially cleaning up world politics.

William wants to see a leveling of the playing field in politics and less dishonesty “Politics is a game for some people, they see manipulation as the only way to play and aren’t afraid of lying to win power. Hopefully, our technology can give some power back to the people by exposing the liars for what they are”

Using a multi-agent approach which combines up to twenty-two individual modules, Invacio’s systems are designed to see through the usual clouds of misinformation that form a huge part of modern business, finance, and politics.

Using academic research, that has been published over many decades, Invacio has created a system that quite literally stares into the soul of people as they present their information on the video. Analyzing everything from the subjects blinks rate, pupil dilation, and direction of their gaze, through to their vocalised emotion, facial tics, and overall body posture, alongside natural language processing and various other elements, Invacio’s Lucid technology seems all set to alter the political landscape for the better.

Initially, these systems were operating in the background as part of Invacio’s financial projection offering but have now been brought out to offer a new window on the world. William explains a little about the reasoning behind this move.

“Watching politics today, it is easy to see how the internet, viral videos, and sound bite clips, can have a massive impact on voting patterns. It is also just as easy to see that after political campaigns take place people feel deceived and angry as lie after lie is exposed by the activities of the politicians involved.

“We thought that if we made this technology available and could offer some real insight actually during campaigns then the electorate would be able to make their decisions with a better understanding of the truth than ever before.” 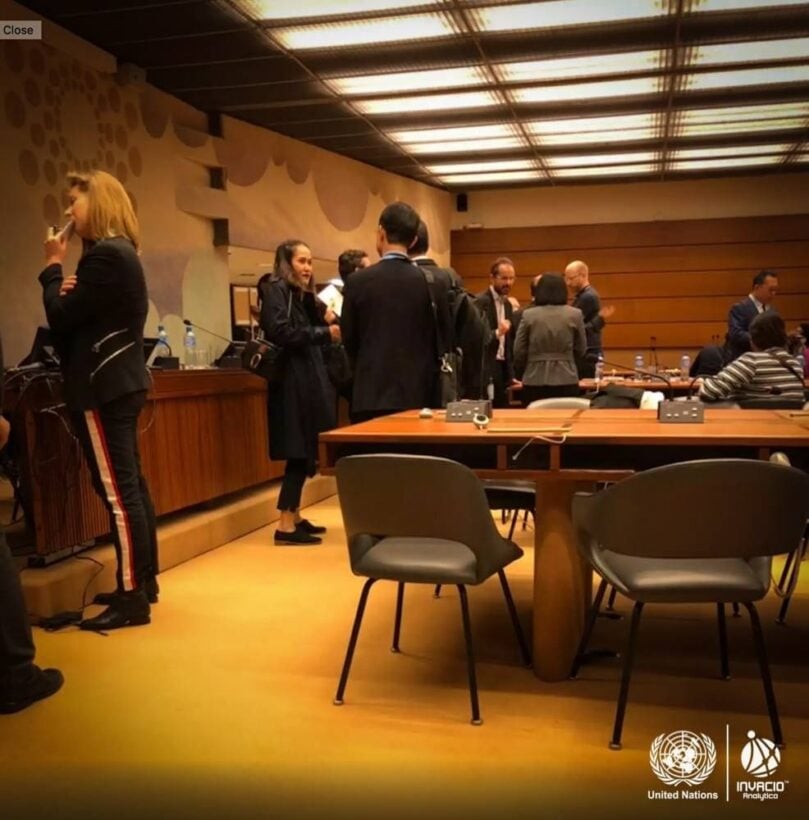 After seeing the fall out from the Brexit debacle in the UK and the continuing “did they or didn’t they” debate surrounding Russia’s purported interference in America’s recent Presidential election, it would seem that the timing is exactly right for this type of technology. 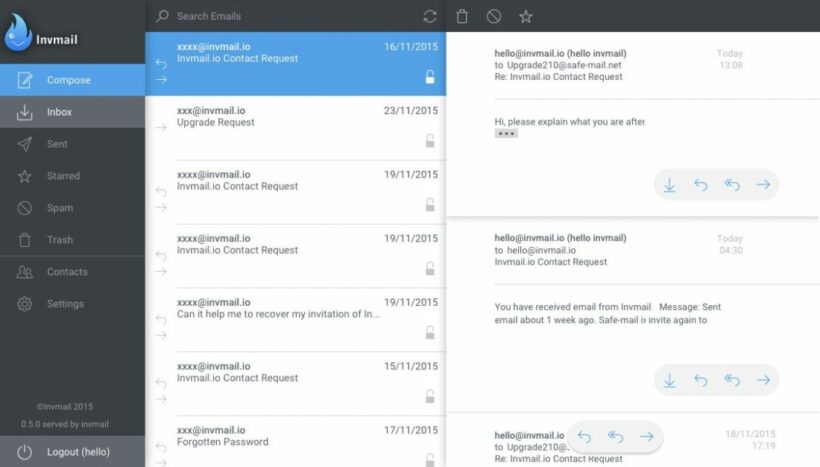 Covering data analysis (API), finance (Madoff), politics (Lincoln), cryptocurrency (Lucid), general business (Veritas) and data intelligence (Data), it seems there really isn’t going to be a sector that Invacio doesn’t get involved in, in some way or another, very soon.

You can learn more about what Invacio has to offer by visiting https://www.invacio.com be this for consumer-focused markets, commercial focused markets or state solutions.

Bangkok to Los Angeles in just over 5 hours. The second supersonic revolution.

After seeing a 45% increase in net income from last year, Pfizer, the pharmaceutical giant, is largely increasing its projected profits for this year. And, the increase is undoubtedly due to the high amount of Covid-19 vaccine sales, in which the company says is shaping up to provide a “durable” revenue stream.

The company says this year’s first quarter profits featured almost 1/4 of sales coming from the Covid vaccines. As it is teaming with German partner BioNTech, the company is set to increase its vaccine production, putting it on track to see US$26 billion in revenues from the vaccine this year. The new number-crunching is an increase from the US$15 million that was projected in February of this year.

But the profits are triggering criticism as governments are feeling pressured to ensure vaccines are available in poorer countries. Chief Executive Albert Bourla, says the company is holding dialogues with “basically all governments of the world,” and it is awaiting approval from the US for 12 to 15 year olds to be able to receive the jab.

The company is also studying the efficacy of giving inoculations, or boosters, every 6 or more months after the second dose- in a move that signals even more profits on the horizon. Bourla says this scenario would allow the company to be both a leader and a financial beneficiary.

“It is our hope that the Pfizer-BioNTech vaccine will continue to have a global impact by helping to get the devastating pandemic under control and helping economies around the world not only open, but stay open.”

But last month, World Health Organisation chief Tedros Adhanom Ghebreyesus, cited a “shocking imbalance in the global distribution of vaccines” and emphasised that the WHO’s Covax programmes must be fortified soon to allow poorer nations to gain access to the inoculations.

Zain Rizvi, a law and policy researcher at progressive Public Citizen advocacy group, says Pfizer’s increase in profits show the need for governments to take action to save lives.

“Pfizer is cashing in on the crisis and hoarding technology, even as billions of people around the world go without a vaccine. Pfizer’s profiteering shows the urgent need for governments to step-in. Governments should require Pfizer to share technology with manufacturers around the world to help ramp up global production.”

Pfizer has defended its vaccine pricing policy, saying it has moderated the cost to encourage broad access through the pandemic phase that could continue into the year 2022. But with a net income increasing by 45%, at US$4.9 billion over the past year and revenues jumping the same percentage to US$14.6 billion, critics point towards the continued disparity of vaccine availability between poor and rich countries. Pfizer’s shares have also increased by .3% to US$39.95.

What will be the most expensive real estate on MONOPOLY: Phuket Edition?

Phromthep Cape… Phuket Old Town… Patong Beach… These are just a few of the landmarks in Phuket that have now been short-listed since it was announced that Phuket will be getting its own edition of MONOPOLY.

The top squares of the the locally-themed game board will soon be handed over to Phuket’s most prominent places. With so much around Phuket that stands out, the public has been asked to help with what the top squares of MONOPOLY: Phuket edition should be.

“Thank you for everyone’s suggestions so far! We have seen so many wonderful ideas come in and we will start to put the game together very soon,” says Jennifer Lau of Winning Moves, the company putting together the Phuket edition of MONOPOLY under official license from MONOPOLY owners Hasbro.

“We’ve had so many suggestions for the most iconic places of Phuket to feature on the top end of the board, that it is difficult to decide what should be there!”

Tell Hasbro what you would like to see featured on the most prominent squares of the game by writing into the Phuket Monopoly Facebook page, or by emailing phuket@winningmoves.co.uk with your suggestions.

Maybe a “Go to jail (but pay 10,000 baht for a quick release)” or the Community Chest could be free for Thais but 500 baht for foreigners. When you land on a property you can be charged rent, but foreigners can’t buy the land. Go for it… 🙂