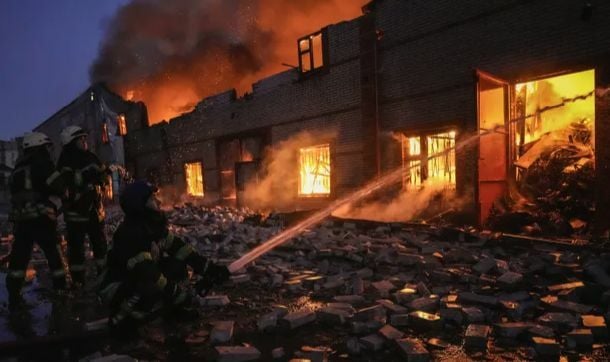 According to experts, the most affected country in Asia is Thailand, where commodity trading with its European counterpart has become almost impossible. Different types of commodities traded and the individuals that trade have been the hardest hit. One such individual is Peyton Enloe, a Bangkok-based exporter, who claims that getting Thai fruit and vegetables onto Russian supermarket shelves is arduous.

The sanctions have taken a heavy toll on the Russian currency, which had plummeted to record lows, meaning Russian consumers have had to cut back on what they deem as luxuries.

Russia has already defaulted on its latest debt payments.

Even Russia’s fleet of Aeroflot planes, which exporters rely on to transport their produce, have run out of space as flights fill up with Russian tourists cutting their holidays short. And most of the fleet are leased meaning they risk being confiscated by the lessors if the planes land on foreign soil.

Enloe, the MD of Purithai Produce, claims that exporters have lost market access to Russia. His Russian customers told him they don’t even have money to buy even the basics, let alone “exotic” fruit produce such as mangos, rambutans and durians from a country like Thailand.

The fragile post-pandemic recoveries of most Asian economies have been thrown into doubt as oil prices continue to surge, surpassing $120 a barrel, but recently dropped back a bit. This is threatening a new round of rising inflation and supply chain crunches – challenging governments that have already had to spend big during the pandemic to find more resources to shield their populations from rising costs.

The Ukraine invasion and violence has disrupted the flow of goods between continents, forcing large shipping firms such as CMA CGM and Maersk to declare they will no longer serve Russian ports. This means Asia’s biggest economies are likely to suffer from rising energy prices given their dependency on imported oil and gas – of which Russia is the world’s third and second-largest supplier, respectively.

However, not all is lost as Tommy Wu of Oxford Economics in Hong Kong believes that Asia will not be impacted much compared to Russia and the rest of Europe. But, higher global energy prices and slower global trade will weigh on Asia’s recovery, especially in nations heavily reliant on oil imports such as South Korea, Japan, and India.

According to Julian Evans-Pritchard, senior China economist at Capital Economics; not even China, which has remained silent following the Ukraine invasion, stands to benefit if there is a prolonged drag on global growth due to the war. The Asian giant remains one of the few willing to trade with Russia at these times, and as the European nation becomes more isolated, it will heavily lean on China.

This will likely present some opportunities for Chinese firms to take market share from western suppliers and buy energy at a discount. However, any such gains will be minimal compared to the cost the nation will incur when it comes to higher commodity prices and the dent that those price rises have put on real consumer incomes in China’s major export markets.

Thailand experiencing the economic aftershock of the war

Reports from Thailand, the second-largest economy in Southeast Asia and one of the region’s hardest-hit during the pandemic, indicate that the economic aftershocks of Russia’s invasion are felt mainly in specific sectors. Even though only 1% of Thai exports go to Russia, companies with business in the country face severe supply chain disruptions.

This is highlighted by Enloe, who has worked in Thai agricultural businesses for more than ten years. The ban on Aeroflot in most European nations will be a problem in the long term. Flying fresh farm produce to Russia and other European countries depends on speed and reliable conditions.

Following the pandemic, Thailand has been trying to reboot its tourism sector after two years of rough times, and Russia has been the largest source of tourists to the nation. However, since the invasion, many Russians have had to abandon holidays to manage businesses and other affairs at home. Others have had to leave, following the Ruble crashing, which made their stay 30% more expensive overnight.

And those still in Russia who wish to travel are facing difficulties paying for their trips after some Russian banks were cut off from the SWIFT international payments system. In the wake of tough times, Thailand’s PM Prayuth Chan-O-Cha has appealed to the public for understanding. At the start of March, speaking to reporters, he revealed the government was discussing measures to freeze the price of petrol and try and help out where they can.

Already small shippers at Thailand’s Leam Chabang port are asking for an oil surcharge of nearly 4% from freight customers. As is the case in such situations, the costs are likely to be passed onto consumers who have been struggling with months of rising prices.

Just a few weeks ago, the nation’s Commerce Ministry announced that inflation in February rose to 5.3%, the highest rate in over a decade and well above forecasts. Unfortunately, analysts believe the worst is yet to come as the Russia – Ukraine war continues to cast a cloud over hopes of a swift economic recovery.

Shade_Wilder
"The Asian giant remains one of the few willing to trade with Russia at these times, and as the European nation becomes more isolated, it will heavily lean on China." And there it is... Even if Russia "wins" the war…
Zorba_the_Geek
Let the Salims of Thailand reap what they sowed! Meanwhile, will someone who watches Tucker Carlson please unpack how Russia became America's BFF -and when. Carlson disgraces the likes of General George S Patton, who had some idea this would…
Fanta
12 hours ago, Zorba_the_Geek said: And wanted to crush Russia while he had the chance! Surely the decades long raging hard on that America has to crush Russia must be ready to explode by now? All that nuclear powered Viagra…
Poop
This war that Russia has started is reaching new lows by the Russians. The Russians are doing genocide against the Ukrainian people. Maybe not with the speed that was done in Cambodia but still they are wiping out entire villages…

Does Thailand need casinos? Study to be submitted next month

6 Reasons Why Expats in Thailand Need a VPN