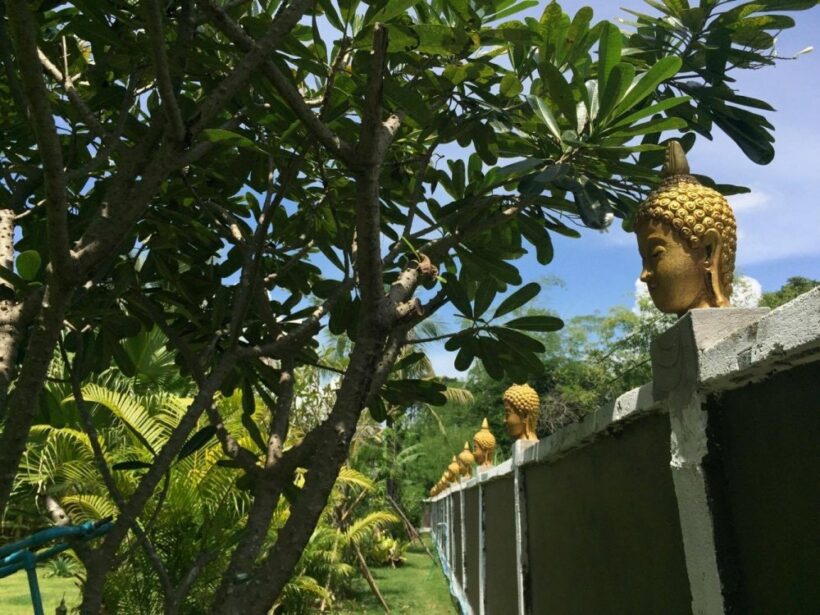 An American and his Thai wife on Tuesday agreed to remove 36 Buddha-head images from the fence at their Chiang Mai house following a Facebook uproar.

With tears in her eyes, 34 year old Nualchan Sonchanthuek says she and her American husband, 68 year old Paul Blum did not expect the images would generate a commotion and they simply wanted to live their lives quietly in Chiang Mai’s Hang Dong district.

Nualchan said she and her husband thought that the use of Buddha heads would just be an artistic decoration, and did not think it would be considered disrespectful of Buddhism.

But she and her husband agreed to remove all the heads and workers began to do so on Tuesday, with the work expected to be completed within two days.

A picture of the fence with the Buddha images was posted on Facebook by a Chiang Mai resident who voiced concern that it was disrespectful of Buddhism.

The post generated a lot of criticism of the couple and prompted district officials to visit the house. The officials instructed the couple to remove the Buddha images within two weeks.

Nualchan said her husband initially had refused to remove the heads but she explained to him that the issue was sensitive for Buddhists.

She said her husband loved art and had bought many Buddha heads from sculptors, collecting so many of them that he had no place to keep them so he had placed them on the wall and along the path to the house.

“At first we thought it was right to keep them like this, but we have to respect the voice of the majority and we will take them down,” she said.

“We would like to issue our apology to the public. We just moved here and we did not consult anyone before doing this.”

Sergeant Pairin Kawai, a leader of Ban Phae Kwang village, said the issue was sensitive because it concerned religion.

He added that when he to the wife to remove the heads, she had replied “thank you” and complied with the order. 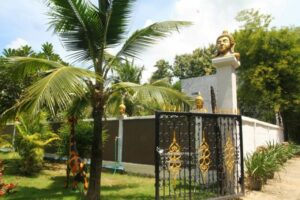