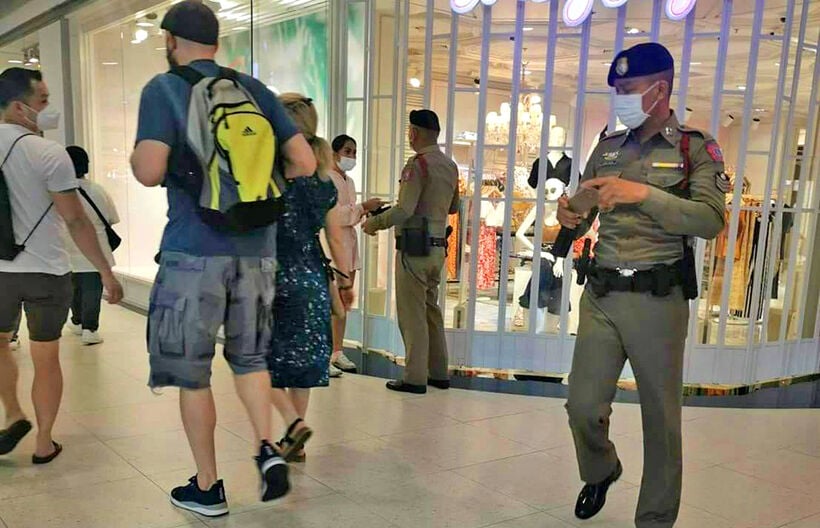 Yesterday, officers from Pathum Wan Police Station arrested a man who used a box cutter to stab two women at CentralWorld, a famous shopping mall in Bangkok. The suspect claimed he visited the mall to find a job and had no explanation for his actions.

At about 4 pm, staff of the famous Bangkok shopping centre reported to the police that two victims were attacked in front of a clothes shop on the 2nd floor named Misty Mynx. The first victim was a 27 year old female shop salesperson, and the second a 23 year old customer visiting the mall with her family.

After questioning witnesses, the investigating officer, Aangoon Jarasmethawit, reported that the man walked into the shopping centre, screamed, and stabbed a female staff on the face. After that, he went to another woman walking nearby and stabbed her in the neck.

The 23 year old suspect, reported as ‘Thanaporn Boonsi’, tried to hide inside the shopping mall but was finally caught only five minutes after the incidents. Police say he had prior charges relating to drug taking, but he didn’t test positive for drugs in this case.

According to the police report, the suspect lost a job and became homeless recently. During questioning police says the attacker “was confused and said he didn’t know what had happened” or “how he did it”. He was sentenced for bringing weapons to the public and attacking people.

The CentralWorld shopping centre explained the incident on their official Facebook page, insisting that the knifeman was arrested quickly after the attack, and the victims were also sent to the nearest hospital very quickly.

There is no current report on the condition of the two women or their injuries.