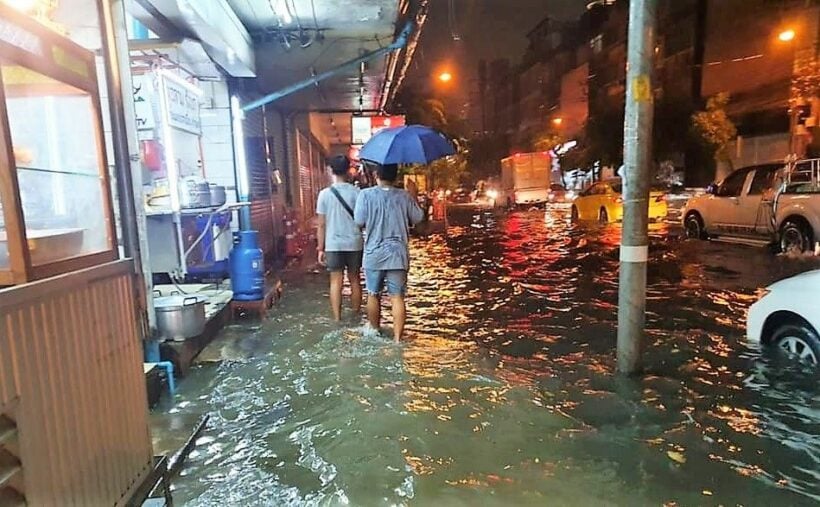 Parts of Bangkok remain at risk of catastrophic floods, as happened in 2011, when thousands of people were displaced and homes partially or totally destroyed. Now, 9 years later, a report in the Bangkok Post says city officials have made little progress in shoring up the capital’s flood defences, and the upper-eastern area remains as exposed as ever.

Back in the day, these areas would have been covered in rice paddies, meaning flood water could be retained. In recent decades however, the selling off of huge swathes of land for the development of residential and commercial projects, has made the region much more vulnerable.

While the Bangkok Metropolitan Administration has had some grand plans for various flood catchment projects, progress has either slowed or, in some cases, come to a grinding halt. In 2012, officials began planning tunnels and underground reservoirs to carry excess water to natural reservoirs or ponds.

It was hoped 6 flood catchment projects, encompassing around 1,000 rai, could hold up to 5 million cubic metres of water. Since then, little progress has been made, with 4 out of the 6 failing to take shape as a result of the land in question being – you guessed it – sold off for the development of yet more residential and commercial property.

There are currently 2 flood catchment projects in the pipeline, according to Somsak Meeudomsak from the BMA. The first, in the district of Kanna Yao, is expected to hold around 728,000 cubic metres of water, and the second, in the district of Min Buri, will hold 218,400 cubic metres. Somsak is hopeful both projects will go ahead as they have the support of residents.

However, while the BMA has previously said the Kanna Yao project would see 130 rai of land being used for flood defences, it’s understood 30 rai of adjacent land is currently being developed for commercial purposes. Locals in the area are anxious to see the flood catchment project go ahead, with one anonymous resident saying the people are urging officials to move quickly before they lose out to developers.

“The BMA says it has just started the land expropriation. But developers are quick in buying land and developing projects. If the BMA moves too late, this flood catchment project might be grounded like the previous 4.”