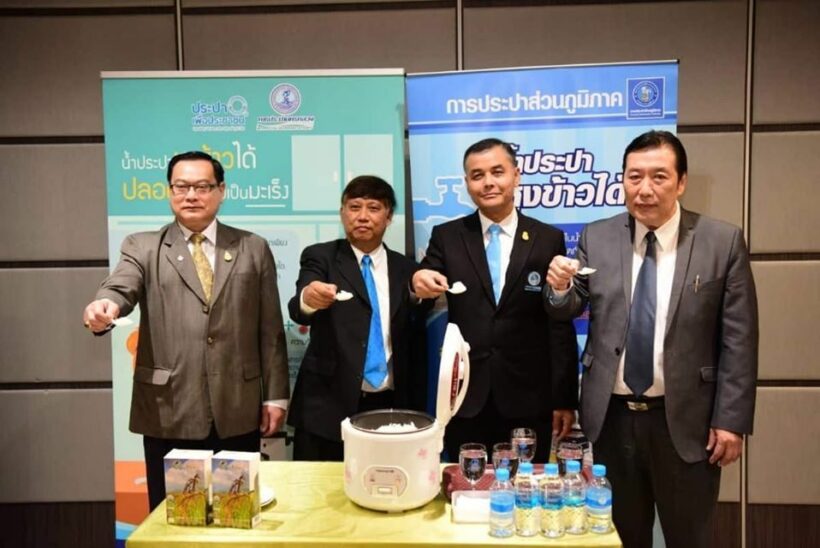 When people travel to Thailand they’re always warned not to drink the tap water. Or cook with it. But improved sanitation over the past few decades has now improved the quality of tap water around parts of the country, especially in the capital. Now the Metropolitan Waterworks Authority say that it is safe to use tap water to cook rice. And many people drink water directly from the tap these days too.

Its confirmation was in response to articles circulated in the Thai social media that tap water, if used to cook rice, may cause cancer to consumers.

Prinya Yamasamit, chief of the MWA, maintained that the quality of its tap water has been checked by both internal and external organisations.

“Consumers can use the tap water to cook rice, with no risks to their health.”

Whilst many Bangkokians drink water directly from their taps these days it’s not general practice. But it’s unlikely that the tap water poses any health issues for general washing, showering, making coffee or cleaning your teeth.

Actually, according to the MWA, around 5% of their customers drink straight from the tap. That might seem low but is high enough that any major issues with the water quality would surely have been detected by now.