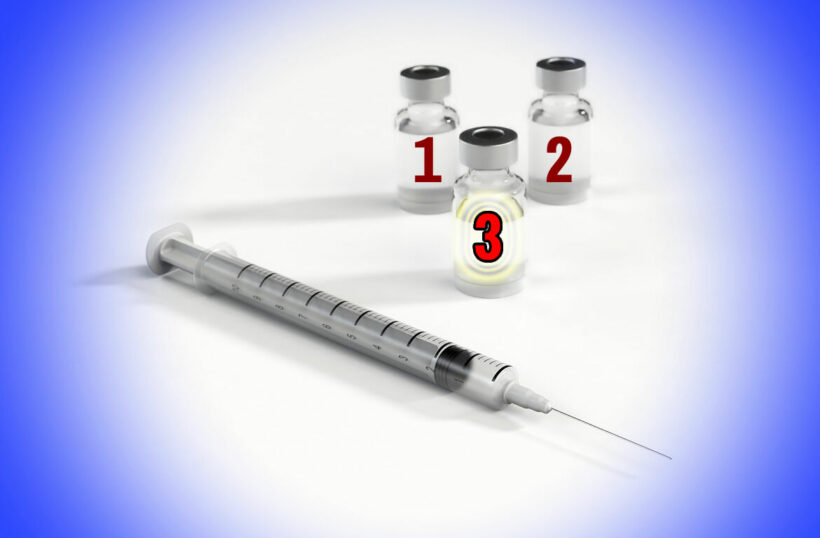 Bang Sue Grand Station will begin the rollout of Thailand’s booster shot program, a third vaccine to bolster the effectiveness of those that received 2 Sinovac vaccines previously. The director of the Bang Sue central vaccination centre confirmed the rollout will begin at 11 am tomorrow.

The first round of injections will be for 150,000 people who initially were vaccinated against Covid-19 between March and May at the Bang Sue centre with two doses of the Chinese-made Sinovac vaccine that is less effective against the Delta variant of the virus now found in the majority of infections in Thailand.

The Bang Sue Grand Station intends to vaccinate 15,000 people each day over the weekend beginning tomorrow, and then 10,000 daily vaccines each day after that until the 150,000 injections are finished on October 13.

Starting around the end of the month, the centre will next begin sending short messages via mobile phone to invite other people to receive their booster shot despite having been vaccinated at a location other than Bang Sue Grand Station. Those who have not received a notification but wish to get a booster shot at the Bang Sue centre can register next month using the “Vaccine Bang Sue” app.

The director of the vaccination centre said that, as of today, they are done giving first injections to any new patients, and will shift their focus entirely to second vaccines and the third booster shots. They intend to give the booster shots to 2,000 people per day from October 14 after the initial faster rate of the first 150,000 recipients.

Stonker
51 minutes ago, Thaiger said: ... two doses of the Chinese-made Sinovac vaccine that is less effective against the Delta variant of the virus now found in the majority of infections in Thailand. "... less effective ..." That's a bit…
Paco
Less effective so a third shot will not help either, because the vaccine Sinovac is just not powerful enough to fight at all against the Delta variant, so is useless is like taking 5 tablets of SARA against dengue fever... it…

mickkotlarski
I hope that it is not a rerun mess that the last one was. Disorganized and another avenue for more people to contract the disease during lockdown. Booster shots are questionable. Last week I had my second blessed jab of…