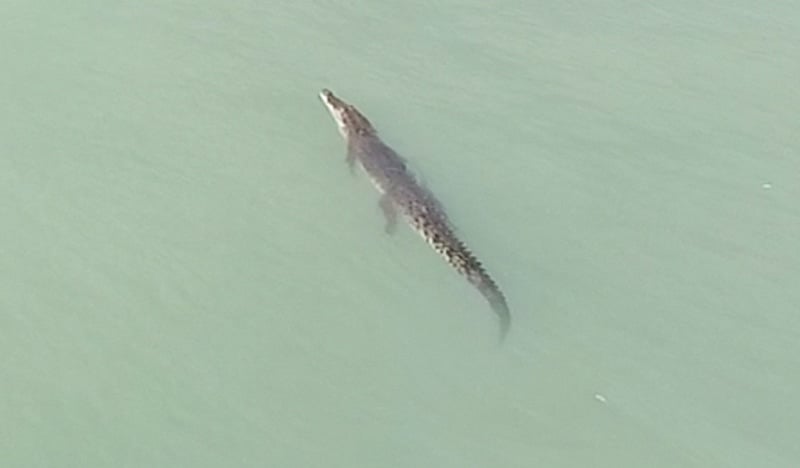 Thalang Fisheries Officers commented on the incident when two locals spotted a crocodile in the Bang Tao beach area, off the Movenpick Resort. He said the reptile are likely to have come from the neighbouring provinces as Phuket was never a natural breeding ground for crocodiles. Another similar reptile was spotted last year.

“There was a report from a local who spotted something that looked like a crocodile submerged in the sea off the Tha Chat Chai area but it was not clear whether it was a crocodile or not,”  said the officer.

“Phuket does not offer a natural breeding ground for crocodiles, such as peat swamp forest. We have locations that allow crocodiles to breed and lay eggs such as Pru Je Son but we’ve had no reports about crocodiles at all.”

“Crocodiles are protected marine life which requires a certificate for people to possess. However, there are no crocodile farms in the area.”

The Fisheries Officer from Thalang said that he will coordinate with the departments involve and will survey the reported location.