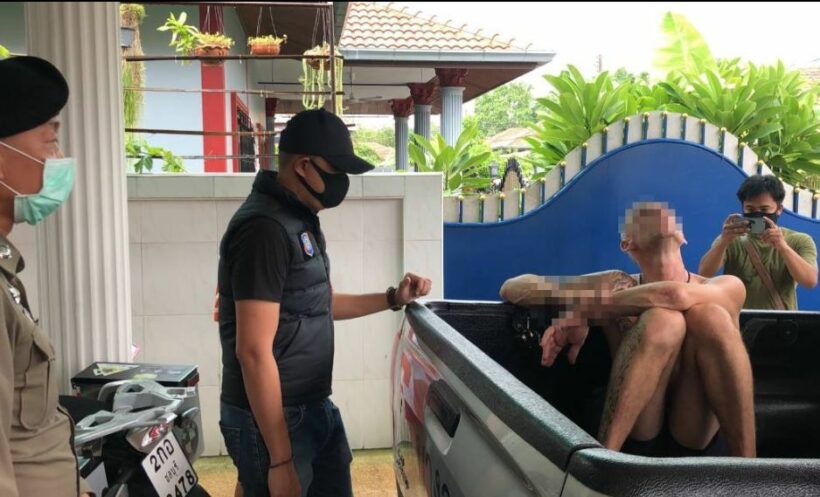 Yesterday at 1pm Police Colonel Chiddecha Songkhong, director of Nong Prue Police Station, Bang Lamung District in Chonburi province, was notified of a murder. The incident was reported as a murder of a Thai woman at a village in Nong Prue Sub-district.

They arrived at a one-story townhouse and inside the house they found evidence that there had recently been fighting inside. They also reported that there was a lot of blood on the floor and splashes on the walls.

They also found a ‘Spartan’ knife about 60 centimetres long with bloodstains still on it. 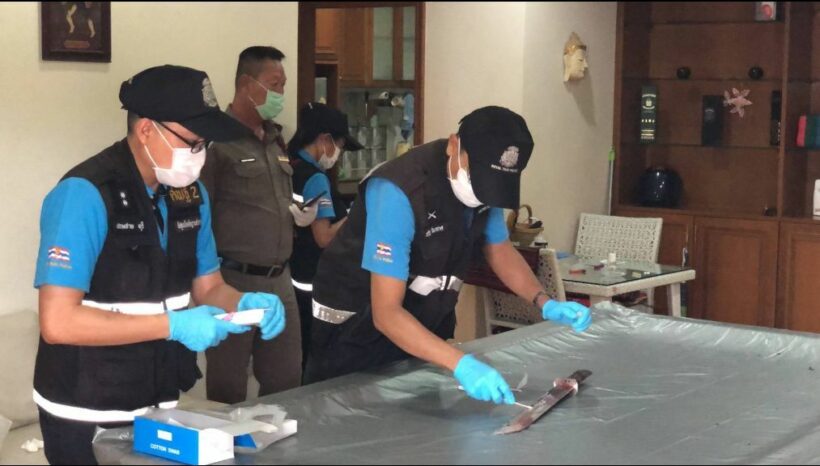 While further inspecting the crime scene they checked the bathroom and found a young woman lying dead on the bathroom floor. Authorities revealed that her nickname was ‘On’, and she was aged between 35-40 years old. There were wounds on her neck and onher right-hand wrist.

After discovering the women officials secured the premises and set up a blockade.

The suspect is a 48 year old male from North Ireland who told police that he had met On at Soi Bua Khao before the pair returned to the guesthouse where he was staying. He says that during the night On had taken drugs, which he also admitted to doing. He claimed that On struck him with a pool cue and “created chaos”, so he decided to slash her with the knife.

Following the altercation the suspect took a motorbike from his accommodation and went for a drive heading towards a local Pattaya hospital, heavily intoxicated, crashing and suffering minor injuries.

Once arriving at the hospital the suspect began shouting and screaming that he had just murdered a woman according to hospital staff. They contacted police who accompanied the suspect to his villa where the corpse of On was discovered.

Initially, no documents with the deceased woman indicating her identity. Officials will have to wait for the investigative police to finish their report on the the crime and more information about the foreign men who has admitted to the crime.