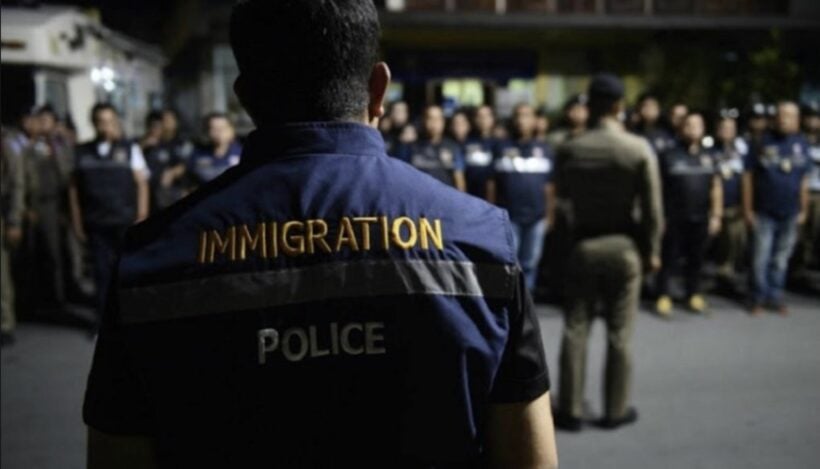 “Overstaying the tourist visa is punishable by both a jail term and fine under the Immigration Act.”

Tourists have 5 days to renew their visa or they could get arrested. The current visa amnesty ends on September 26 and there isn’t going to be another sudden announcement for another grace period, according to immigration officials. Those who overstay will face arrest and be deported back to their home countries.

Immigration officials estimate there are more than 150,000 foreign nationals who need to have their tourist visas renewed. Immigration Bureau deputy spokesperson Pakpong Sai-ubol told the Bangkok Post that people without a valid visa after September 26 could face jail..

“Overstaying the tourist visa is punishable by both a jail term and fine under the Immigration Act.”

Some foreigners who arrived on tourist visas earlier in the year have been in Thailand since late March when the Thai borders closed and many international flights were cancelled due to the world coronavirus pandemic. The visa amnesty was renewed twice since many people were unable to their home countries, but now the amnesty is coming to an end. And not without warning. The deadline to have visas renewed by is Saturday and Immigration officials say they will enforce the end of the amnesty.

“Those who don’t renew their visas by this Saturday will face a daily fine.”

Immigration police say they also plan to track down the tourists by using the addresses kept in the database. They will be arrested and face legal action and probably deportation and could be blacklisted from re-entering Thailand in the future. Officially, those who overstay their visa by 90 days are barred from entering Thailand for 1 year. Those who overstay more than 10 years are banned for life.

There were hopes that the end of the visa amnesty could co-incide with the introduction of the new Special Tourist Visa so that those either unable to leave, due to lack of flights or problems returning to their home countries, could ‘roll over’ onto the new 90 day visas. But that has not been announced at this stage.

Some officials at the Immigration Bureau are concerned many tourists won’t turn up to renew their visas, an anonymous source told the Bangkok Post. Some believe many tourists would rather stay in Thailand illegally than go back to their home countries where the virus is still spreading. They’re also worried tourists might also start working illegally in Thailand.

But for some foreigners, renewing their visa is complicated. Numerous stories have emerged online of people, in a variety of personal situations, being unable to qualify for any of the visas currently on offer post-September 26. The Thaiger has received over 150 such stories in the past 2 months and there is an entire Facebook page dedicated to foreigners, either currently in Thailand without a means to remain here, or others who want to return.

Talk with the local immigration office about options to stay in the country, or a reputable visa agent. (Be careful, there are some phoney ones out there.) The Thai Immigration Deputy Commander announced a few weeks ago that:

Tourists have 5 days to get a letter from their country’s embassy and get their visa renews.