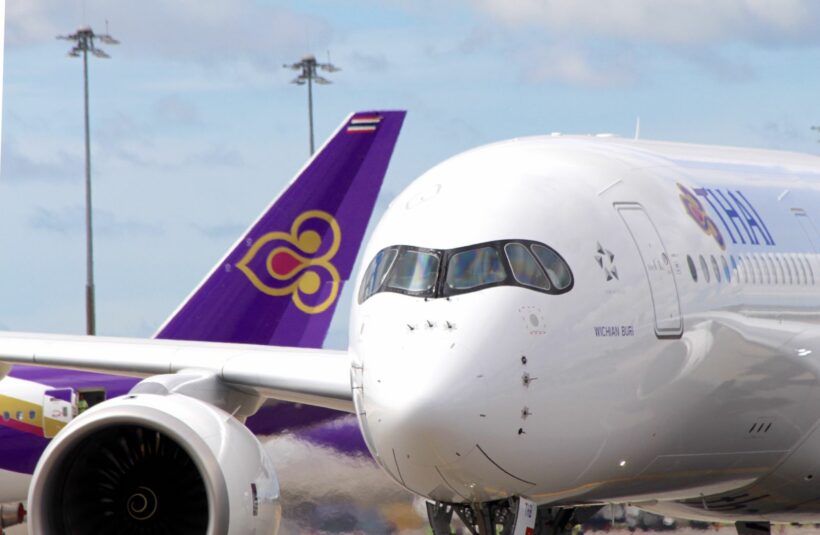 Thai Airways, which turns 60 years old this month, recorded a net loss of US$66 million in 2017, US$361 million in 2018 and US$374 million last year. As the airline contemplates getting its grounded planes back in the air, it’s now confronted with a PR disaster at home as the government ponders a bailout valued around 60 billion baht, around US$1.8 billion.

Thai social media has turned on the national carrier wondering why they are eligible for a massive state bailout and loans whilst many Thais, now out of work, are struggling to get their 5,000 baht hand-out from the government or end up waiting in food queues each day.

Now it emerges that one of the options could be putting the ailing airline into bankruptcy as an option to enable its rehabilitation. Ultimately the decision will be made by the Thai cabinet but the Thai Aways board has been resisting vital restructure for a decade, and filing for bankruptcy is seen as an option to take the key decisions out of their hands.

Thailand’s Finance Minister, Uttama Savanayana, says the government is open to the option but is looking at all possibilities for the national carrier. The government is a 51% shareholder. Rehabilitation of the airline could be enabled by an order from the bankruptcy court, or by the State Enterprise Policy Committee approving a rehabilitation plan.

Mr Uttama says that “time has run out, and the operator must change. While all parties try their best to solve the problem, there must be serious co-operation between them.”

Meanwhile, the Thai PM, Prayut Chan-o-cha has agreed to the moves towards rehabilitation for Thai Airways. And Deputy PM and Health Minister, Anutin Charnvirakul, said that several internal rehab plans have been conducted, but with no success. Another new option would involve debt rehabilitation with each of the lenders providing $300,000 or more. But the proposed plan will have to be decided by Thai Airway’s shareholders.

As reported by Simple Flying, the restructuring of Thai Aways under the government rehabilitation plan will involve cutting down the size of its fleet. Spending cuts would also mean job losses as the airline battles for survival.

Hot in the north, wet in the south, cyclone in the Bay of Bengal