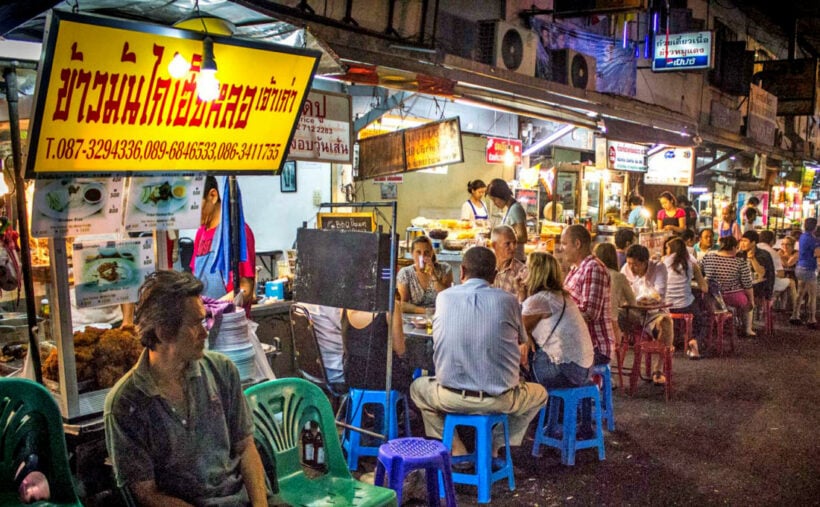 A professor of Rangsit University has criticised the previous military government for focusing too much on tourism and not enough on the welfare of the Thai people. The professor was speaking at Chulalongkorn University at a seminar discussing street stalls and urban development.

She questioned the National Council for Peace and Order’s policy of clearing street vendors in all but a few areas such as Yaowarat and Khao San Road that mainly cater to tourists.

She claimed that the NCPO – in power since the coup of 2014 until this year’s election – was more interested in economic development through tourism than in the welfare of the public.

Having affordable street food options was not just about tourism, she said, it was vital for poor workers who have migrated from the countryside, adding that it was part of an informal rather than a formal economy.

“For years people had earned their living from selling goods and services, including food, on the streets.”

This in turn provided an affordable option to eat for workers who came to Bangkok on for large investment projects. The issue, she said, was not just about tourism but the wider economy that might benefit.

The professor noted that CNN had once called Bangkok the best place in the world for street food but this had changed with the sanitized food trucks that have appeared since stalls and vendors were banned from most areas.

The Thaiger notes that banning street vendors has divided the capital. Many are happy that the sidewalks are easier to navigate, but others – including tourists – have said that the lifeblood and character of the city has suffered.

Festival of lights will decorate 13 Bangkok bridges until October 25

Measures outlined to reach 39.8 million tourists’ target by end of 2019